by Makayla
in Asia
4 min read
0 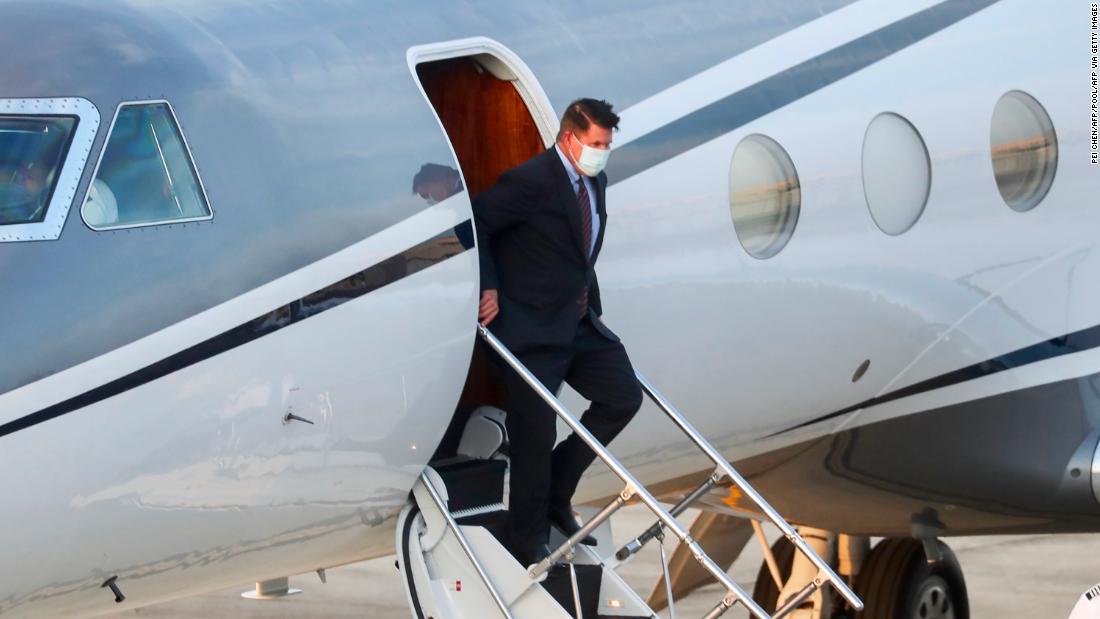 Keith Krach, the Under Secretary of State for Economic Growth, Energy, and the Environment, arrived in Taiwan late Thursday local time, and will represent the US at the memorial service for former Taiwan President Lee Teng-hui on Saturday.

Krach’s visit comes just over a month after US Secretary of Health and Human Services Alex Azar visited Taiwan in mid-August, ostensibly to discuss coronavirus prevention measures but also in a highly symbolic show of support by the Trump administration for Taipei. Azar was the highest-level US official to visit the island in decades.
The US has maintained close ties with Taiwan since the island split from mainland China in 1949 after the end of a bloody civil war. But since Washington and Beijing established formal diplomatic ties in 1979, the US had largely refrained from sending high-level officials to Taipei so as to not antagonize the Chinese government, which continues to view the self-governing democracy of around 24 million people as an inseparable part of its territory.
China’s leader, President Xi Jinping, has been clear in his ambitions to “reunify” the island with the mainland, and has refused to rule out the use of force, even though the ruling Chinese Communist Party has never exerted direct control over Taiwan.
Krach’s intention to pay tribute to former Taiwan President Lee, who died on July 30 at age of 97, is highly likely to anger Beijing, experts said.

Yinan He, an associate professor at the Department of International Relations at Lehigh University, said that Lee had been the first Taiwan leader to float the idea of the island being a separate distinct entity from mainland China.

“That makes him No. 1 or No. 2 most-hated person on Beijing’s list for Taiwan. So by paying tribute to this person the Trump administration is really poking Beijing in the eye,” she said.

The US State Department announced Thursday that Krach was on his way to Taiwan for the memorial service, but didn’t give any further information on his schedule or his plans while in Taipei. “As Taiwan’s first democratically elected president, Lee ushered in a new era of democracy, economic prosperity, openness, and rule of law,” State Department spokeswoman Morgan Ortagus said on her official Twitter account.

China’s Ministry of Foreign Affairs spokesman Wang Wenbin said Thursday that the US and Taiwan must “immediately stop” official exchanges. “China firmly opposes any form of official exchanges between the United States and Taiwan. This position is consistent and clear,” added Wang.

Krach’s visit comes as Beijing has been ramping up military pressure on Taiwan, holding drills in waters close to the island and flying fighter jets into airspace claimed by Taipei.

Taiwan’s military ordered the two planes to leave the island’s airspace before dispatching aircraft to monitor them.

“These military actions have seriously roiled Taiwan and threaten peace and stability in the region,” Vice Defense Minister Chang Che-ping said at a news conference. Taiwan’s news agency CNA said that about 30 planes had taken part in the drills, crossing into Taiwan’s ADIZ at least 21 times.

Taiwan began the second part of its own annual Han Kuang military drills on Monday, after they were delayed for five months due to the coronavirus pandemic. CNA said that the computer-aided military drills will simulate a “similar” situation to the recent Chinese military aircraft incursions into the island’s ADIZ.
When asked about the PLA’s extensive drills on Wednesday, China’s Taiwan Affairs Office spokesman Ma Xiaoguang said that the drills were aimed at deterring interference by “external forces” and Taiwan separatists.

Ma said that China was prepared to meet any interference in Taiwan’s affairs or attempts at independence with “firm will, full confidence and sufficient capabilities.”