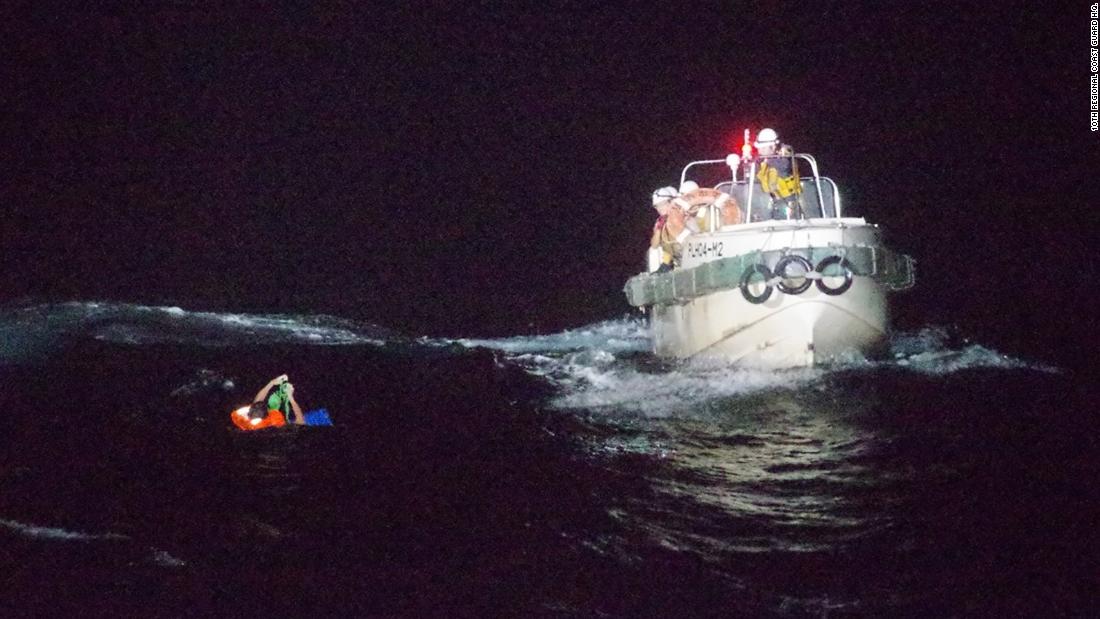 The Gulf Livestock 1 transmitted a distress signal early Wednesday when it was about 185 kilometers (115 miles) west of Amami Oshima island, about midway between Okinawa and Kyushu, Japan’s southernmost main island.

The area in the East China Sea was being battered by the powerful typhoon, equivalent to a Category 4 hurricane with winds of at least 130 mph, at the time the ship went missing.

The rescued sailor was found late Wednesday, after more than half a day in the water. He was in good condition, the Coast Guard said.

The 133.6-meter-long (438 foot) ship, crewed by 39 Filipinos, two New Zealanders and two Australians, was sailing from Napier, New Zealand, to Tangshan, China, according to the authorities in Japan, New Zealand and Australia.

The Panamanian-flagged ship left New Zealand on August 17 with a cargo of more than 5,800 cows, according to New Zealand’s Ministry of Foreign Affairs and Trade.

The Philippine Department of Foreign Affairs confirmed the rescued sailor was Filipino, adding that its consulate general in Osaka was monitoring the situation and coordinating with the Japanese Coast Guard, which was launching a second search and rescue mission.

A second storm in the region, Typhoon Haishen, is expected to strengthen to the equivalent of a Category 4 hurricane by the end of the week. It’s expected to threaten Kyushu on Sunday, and potentially affect the Korean Peninsula Monday.

Japan’s meteorological agency is warning that the storm could be the third biggest to hit the country since records began almost 70 years ago.

A New Zealand animal rights group said the Gulf Livestock 1 incident illustrates why the export of live animals should not be permitted.

“This is a real crisis, and our thoughts are with the families of the 43 crew who are missing with the ship. But questions remain, including why this trade is allowed to continue,” Macdonald said in a statement.

Tennis: Djokovic recovers from set down to move into US Open third round, Tennis News & Top Stories

Philippines’ first Olympic gold medalist was once a target of Duterte