The 7 Most Beautiful Mosques in Pakistan

90 minutes to spare … in Havelock North

Rotorua: What to eat, where to drink and where to stay

With its stunningly modern design, said to be inspired by Bedouin tents, Faisal Mosque has always been a mosque apart. Named after the Saudi King Faisal bin Abdulaziz, it dominates Islamabad’s landscape from its elevated position at the foot of the Margalla Hills.

Designed by Turkish architect, Vedat Dalokay, the mosque is sleek and contemporary and, controversially, has no dome. The four 88m-high minarets soar skywards, the massive 5,000 sq m prayer hall can hold 100,000 worshippers and there is an architectural nod to Kaaba, the building found at the centre of the most important mosque in Mecca, the Great Mosque of Mecca. 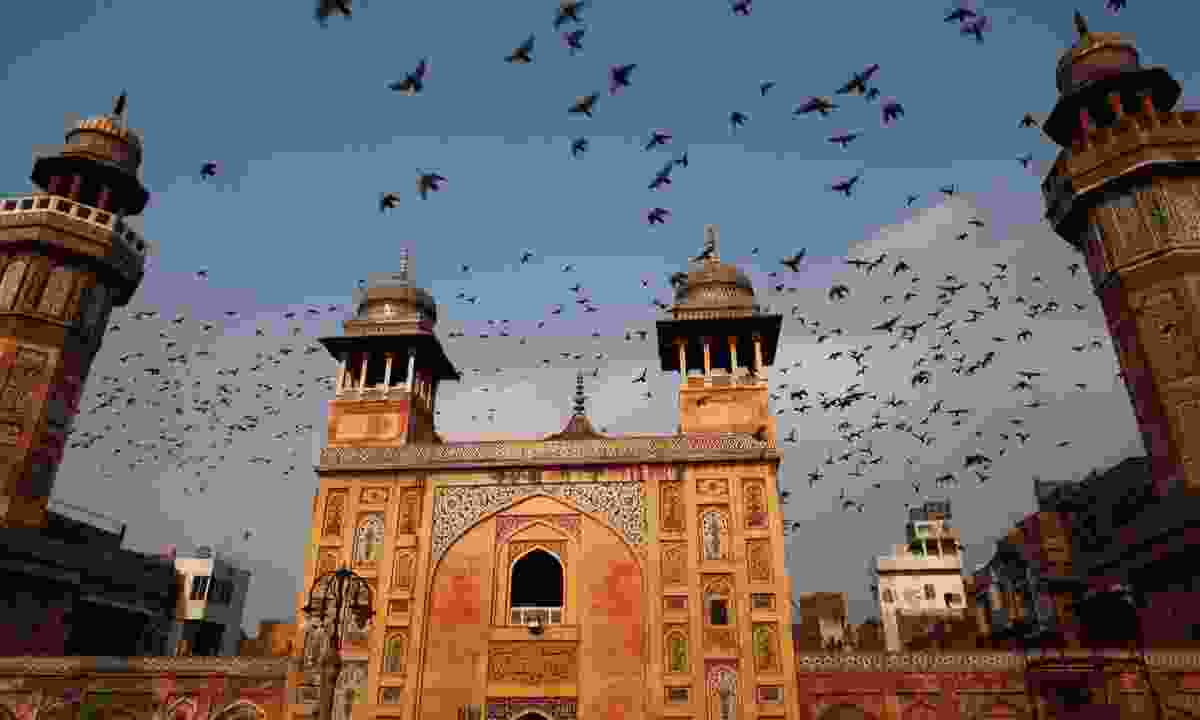 Tucked away in the chaotic streets of Old Lahore, Wazir Khan mosque is regarded as one of the most beautiful mosques in the country.

You’ll spot its minarets and distinctive onion-shaped domes as soon as you pass through the historic Delhi Gate, but its true artistry is revealed once you get closer, with external and interior walls completely covered in mosaics, comprised of thousands of brightly-coloured tiles.

Built in 1634 during the reign of Mughal Emperor Shah Jahan, the Wazir Khan Mosque is home to some of the finest examples of mosaic tile work from the Mughal period.

Wandering through the complex, you’ll spot incredible calligraphy of verses from the Holy Qur’an and Persian poetry, floral designs and other geometric patterns in praise of the munificent of God. It is as much a work of art as a place of worship. 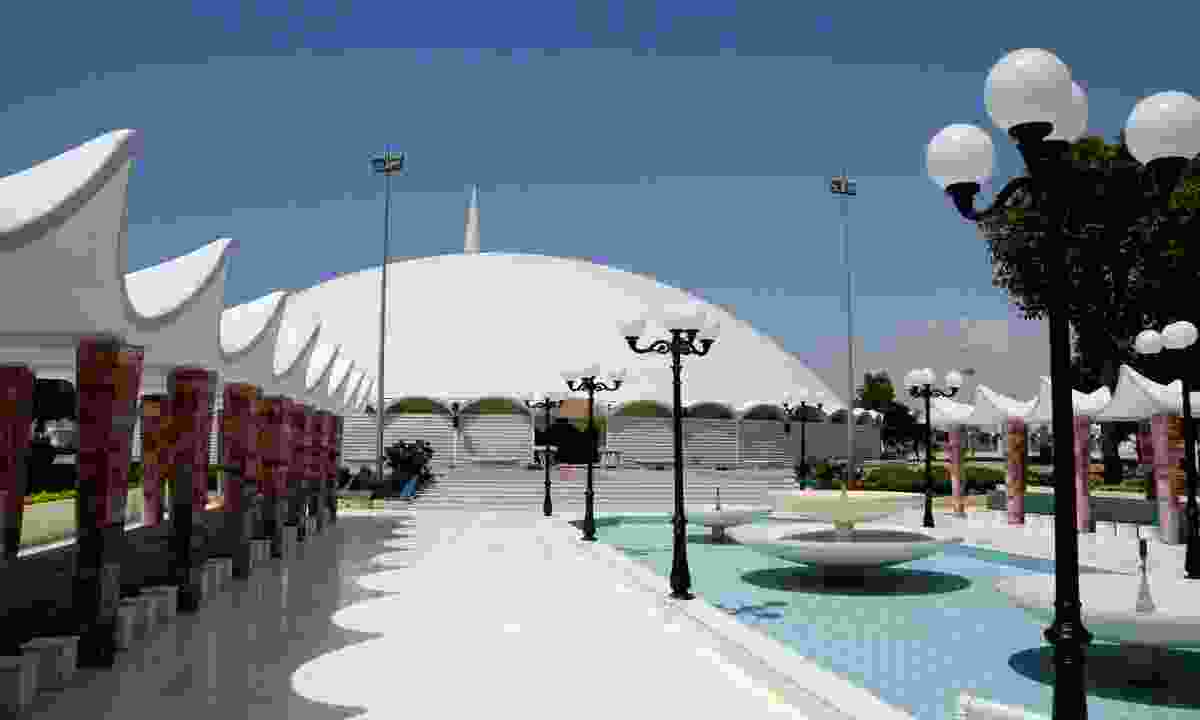 Tooba Mosque, also known as the Round Mosque (Shutterstock)

The locals call it Gol Masjid, the round mosque, and the fountains and water features that lead to the main hall are popular are a popular spot to gather when evening falls and temperatures drop.

The mosque was designed by Pakistani architect Dr. Babar Hamid Chauhan and built in 1969. The central prayer hall, within the distinctive dome, can hold up to 5,000 people. 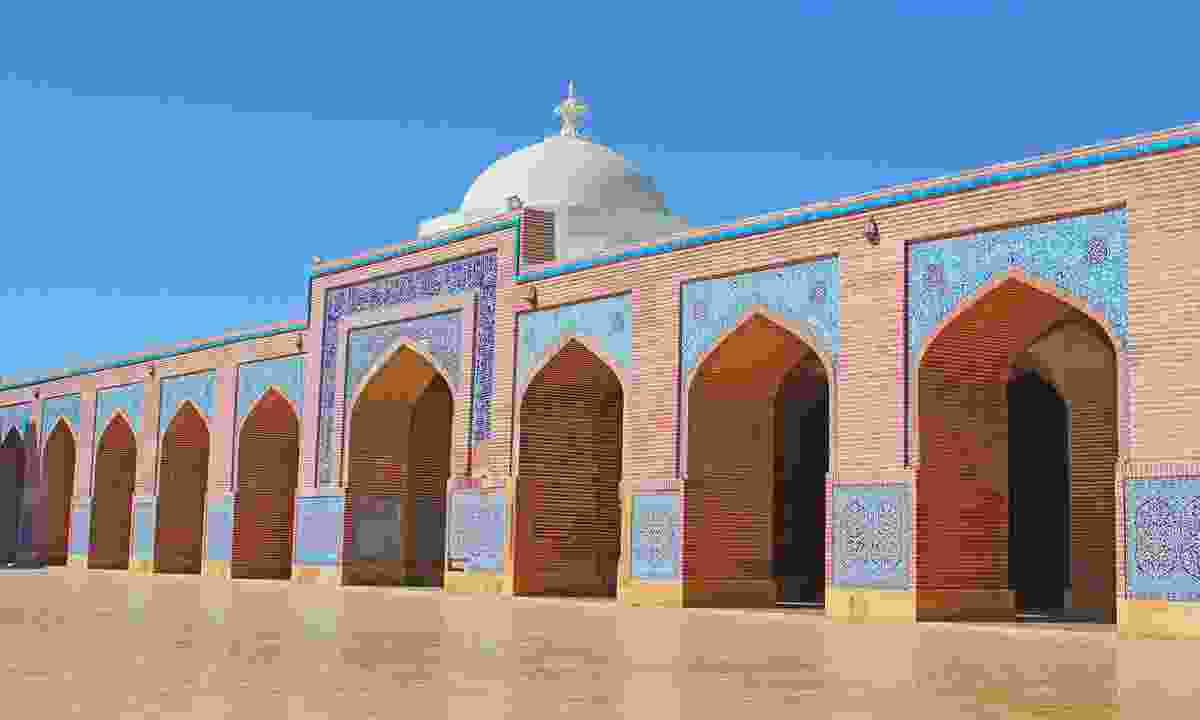 Made from red bricks and covered in distinctive blue tiles, the 17th century Shah Jahan Mosque serves the provincial town of Thatta, 60 miles from Karachi, in the heart of the Sindh.

Built during the reign of Mughal King Shah Jahan, legend has it that the mosque was gifted to the people of the town for their hospitality during a royal visit.

The mosque is famous for its 93 domes, each decorated with a mosaic of radiating blue and white tiles. It is also known for a remarkable echo that means that the prayers in the front can be heard anywhere in the building. 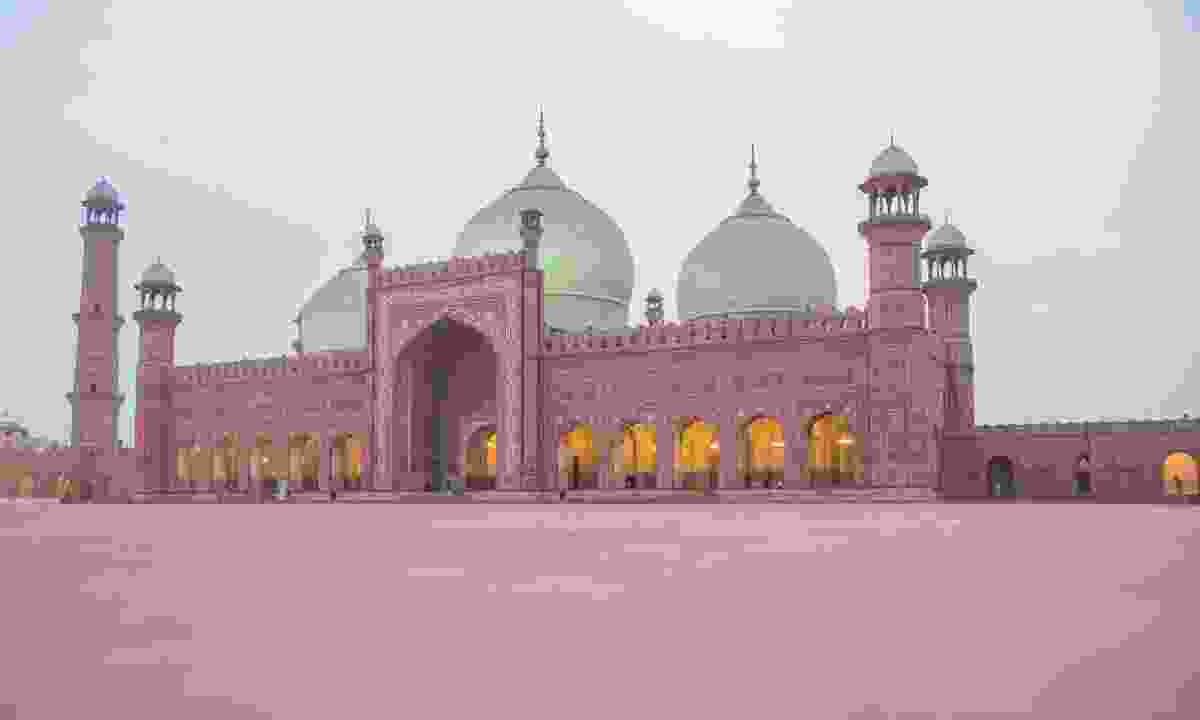 The breathtaking Badshahi Mosque in Lahore is one of the most beautiful Islamic sites in Pakistan and a popular spot to visit for British royals. Diana, Princess of Wales visited in 1991 and, more recently, Prince William and Kate, the Duke and Duchess of Cambridge, visited during their tour of Pakistan in 2019.

Its minarets and domes are clad in dazzling white marble, a striking contrast to the red of the main building, but its real beauty lays in the details. The level of artistry in the arches, stucco tracery and intricate frescoes is astonishing. 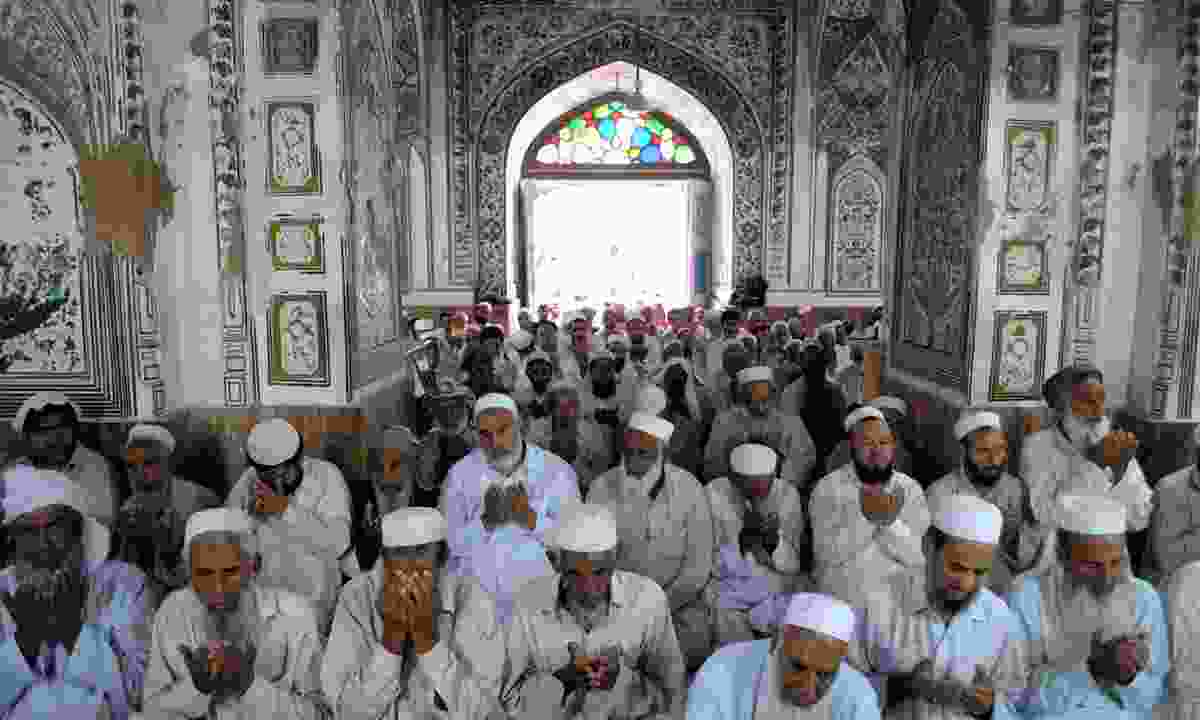 Tucked away in the western part of Chowk Yadgar in Peshawar, the 17th-century Mahabat Khan mosque is famous for its stunning geometric designs. Unassuming from the outside, the interior is covered in beautiful tiles and intricate frescoes.

After you have perused the lavish interior, head to the ancient caravanserai to the east for the best views of the mosque’s impressive plaza and minarets. 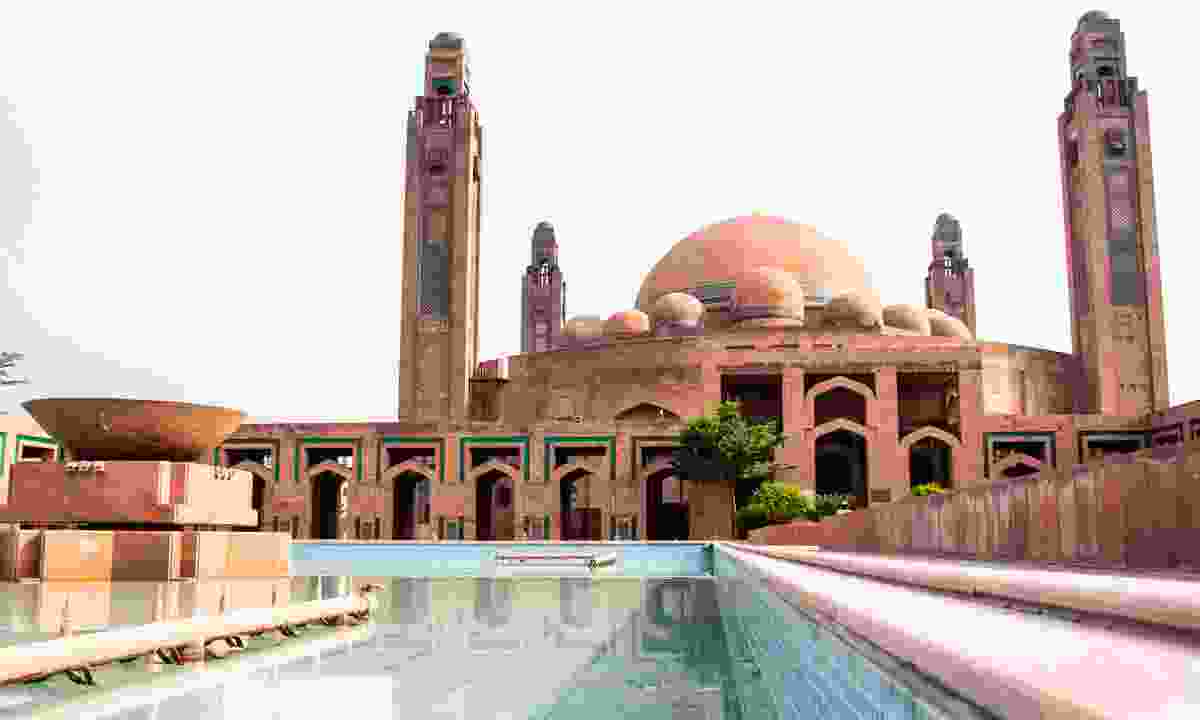 A new addition to the Lahore skyline, the imposing Grand Jamia Mosque in Bahria Town in Lahore was only finished in 2014. Designed by Nayyar Ali Dada, it pays architectural homage to Pakistan’s other famous mosques, while providing spacious, modern facilities for worshippers. It is the third largest mosque in Pakistan and the 13th largest in the world.

The exterior of the mosque is covered in over four million tiles, handcrafted in Multan. The interior boasts custom-made carpets from Turkey and 50 chandeliers imported from Iran. One level of the mosque is dedicated to an Islamic heritage museum displaying rare Qur’anic collections, an Islamic library, and an Islamic art gallery.

5 ways MAMAMOO are speaking their minds on "Hip"

90 minutes to spare … in Havelock North

Rotorua: What to eat, where to drink and where to stay

A beginner’s guide to campervan and motorhome holidays

Armchair travel: How to holiday in top tourist cities in lockdown