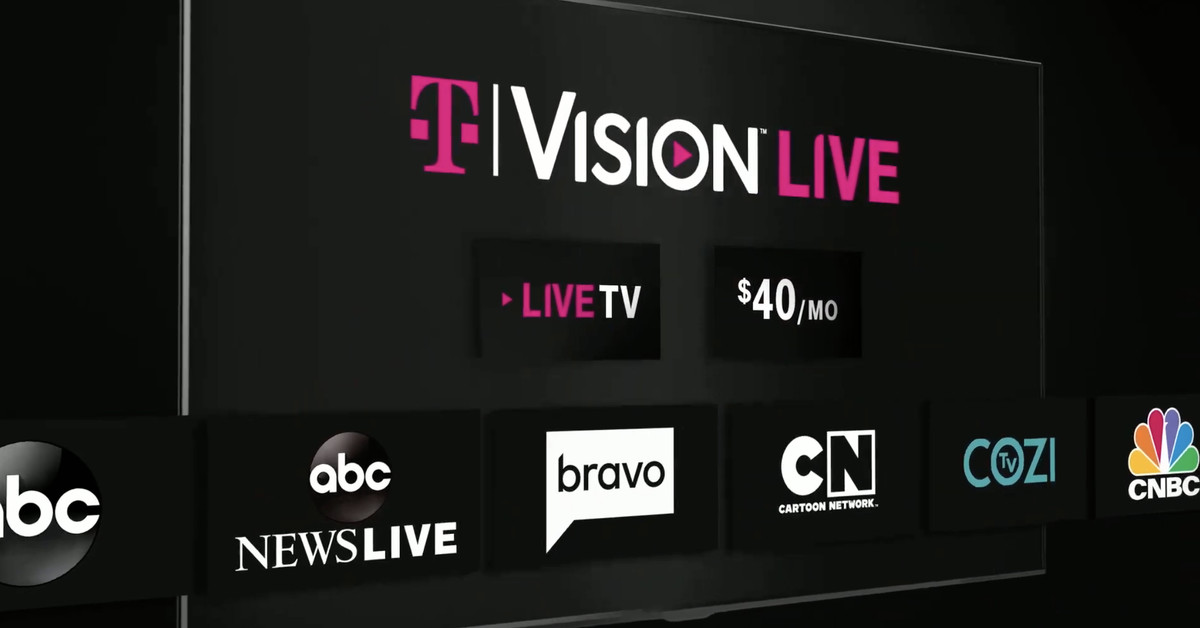 T-Mobile is adding 33 channels from its $10-per-month TVision Vibe service for free to all of its pricier TVision Live plans as it deals with ongoing complaints from cable companies like Discovery over how it offers channels.

“Current TVision Live customers and anyone who signs up for a TVision Live service package gets an additional 30+ top-rated entertainment channels from TVision Vibe included,” the press release notes.

As Variety notes, T-Mobile’s press release frames the newly added channels as a holiday deal, but the reality is likely a little bit more complicated: it’s a temporary solution as T-Mobile works to deal with issues raised by its cheaper $10-per-month Vibe plan, which offers channels from AMC, Discovery, and Viacom at a dramatically lower cost.

According to an earlier report from Variety, the issue is centered on the fact that T-Mobile’s contract with those content providers dictates that channels offered in cheaper tiers (like Vibe) have to be included in more premium tiers, too. Splitting up everything into separate packages, like T-Mobile had originally done — as nice of a benefit as it might be for consumers — appears to be against those contracts.

For now, T-Mobile is solving that issue by including the AMC, Discovery, and Viacom channels in the pricer Live plans (which cost between $40 to $60 per month, depending on which version a customer chooses).

But it’s hard to imagine that it’ll be a viable long-term solution, given that T-Mobile will have to pay for providing those channels to all of those new customers. And unless the company is willing to just take the loss on that indefinitely, it’s likely that it’ll either have to rejigger its plans entirely or be forced to raise prices (much as competitors like Hulu and YouTube TV have had to do this year).