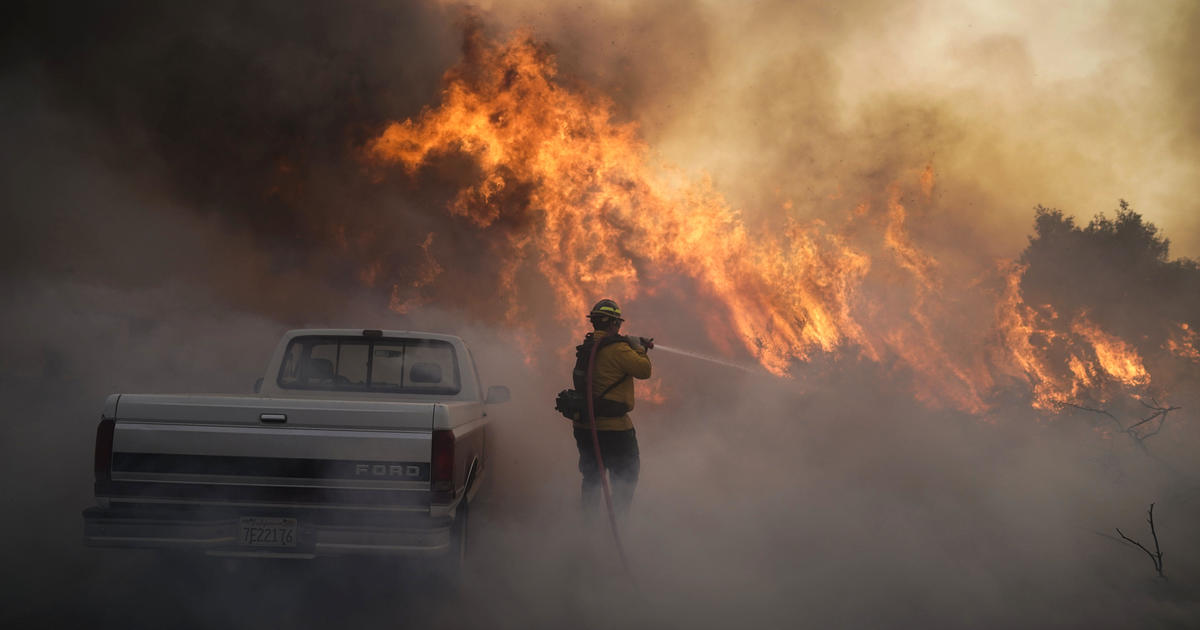 Two wind-driven wildfires are raging in Southern California on Monday, forcing tens of thousands of mandatory evacuations in Orange County, some 42 miles south of Los Angeles. Hundreds of firefighters are battling the Silverado Fire near Irvine and the Blue Ridge Fire near Yorba Linda as powerful Santa Ana winds continue.

The Silverado Fire has scorched more than 7,200 acres as of Monday night, officials tweeted. Both wildfires have zero containment.

Mandatory evacuations were ordered for about 60,000 residents in the Orchard Hills neighborhood, the Orange County Fire Authority reported. Officials said some 500 personnel are battling the Silverado Fire, and they said two crew members, ages 26 and 31, were critically injured with second- and third-degree burns. Both of them are on ventilators, officials said.

Hundreds of homes have been threatened, and officials say at least one home was destroyed in the Blue Ridge Fire.

Fire officials tweeted video showing flames in windy conditions as they charred what appeared to be dry brush.

The Silverado Fire jumped the 241 Freeway from east to west earlier Monday, forcing the road to close between Santiago Canyon Road and the 133 Freeway. Several schools were evacuated.

“The wind is crazy, my family has been through it in Malibu,” evacuee Ruby Johnson told CBS LA. “It’s a crazy thing, never had to experience it ourselves. You can replace clothes and things, but you can’t replace your lives. I’ve got all the pictures and valuables, so we’re ready to go.”

Wind gusts in the Orange County area were reaching up to 70 miles per hour. Crews battling the fire on the ground have had help from several other agencies. Officials have said all air support has been grounded due to the high winds.

A picture tweeted by the National Weather Service in Los Angeles earlier Monday showed a satellite view of Southern California where some smoke from the Silverado Fire can be seen:

A Red Flag Warning was in effect for much of Southern California through Tuesday night due to Santa Ana winds, dry conditions and low humidity.

Because of the confluence of variables, the National Weather Service reported the region is seeing the most dangerous wildfire conditions since October of 2019, when the Saddleridge, Tick, Getty, Easy and Maria fires destroyed dozens of homes and forced thousands of people to flee in Los Angeles and Ventura counties.

Peter Martinez contributed to this report.

Covid-19 cases continue to mount around the country

Chernobyl is officially the most addictive TV drama, study finds 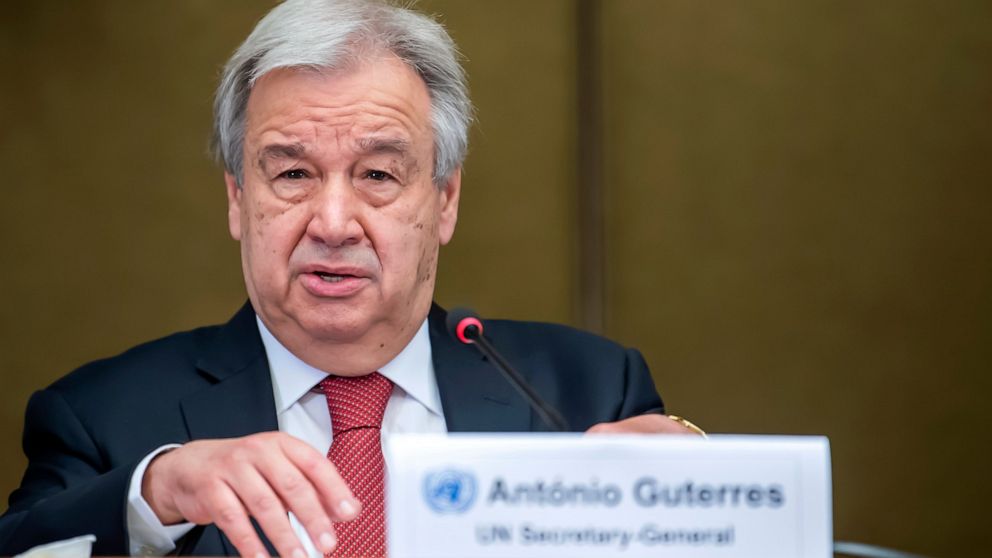 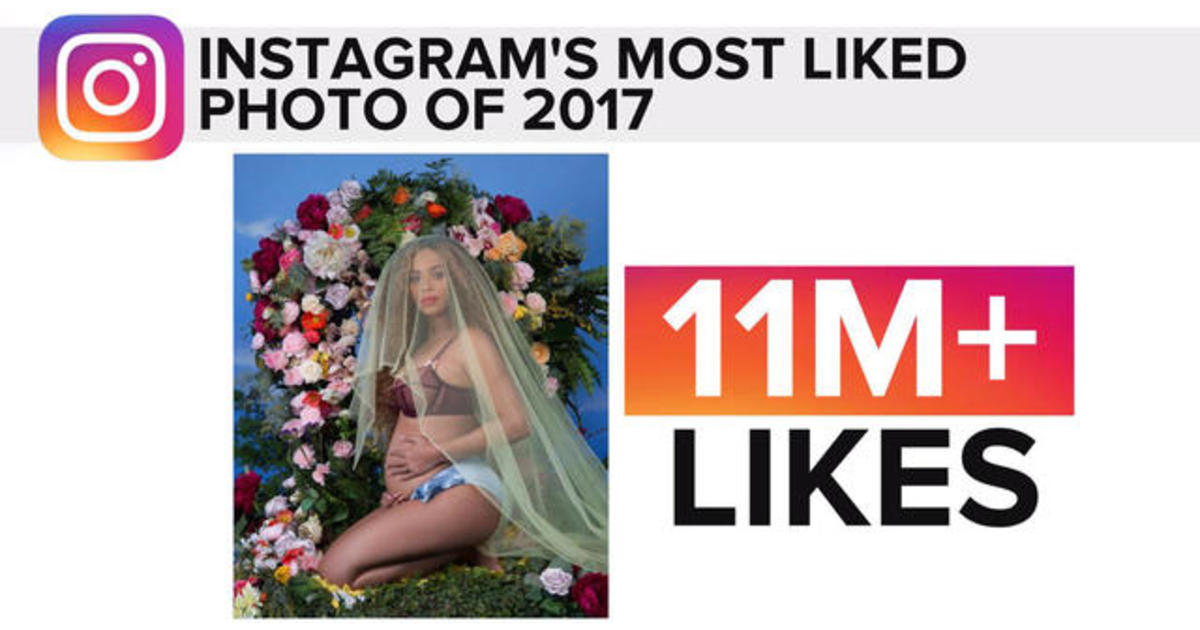 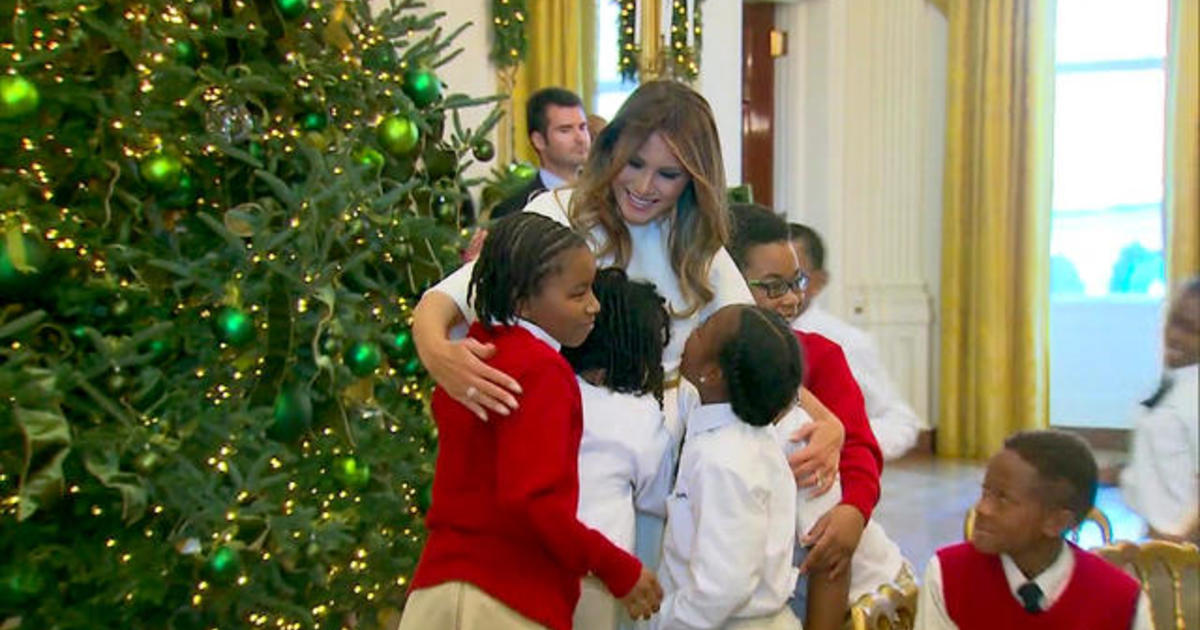 Chernobyl is officially the most addictive TV drama, study finds