TOKYO (REUTERS) – The Rugby World Cup Pool B match between Namibia and Canada which was scheduled to be contested later on Sunday (Oct 13) in Kamaishi has been cancelled because of the destruction caused by Typhoon Hagibis, World Rugby said.

“The safety of all involved in Rugby World Cup 2019 is our primary consideration and fans are advised not to travel to Kamaishi or the venue, which will be closed. Ticket holders will be entitled to a full face-value refund.”

Typhoon Hagibis, one of the most powerful tropical cyclones to ever hit central Japan, left millions confined indoors and streets deserted as record rains and fierce winds flooded rivers and threatened widespread damage.

The Namibia-Canada match, which had no bearing on the rest of the tournament with both sides out of contention for the quarter-finals, will be recorded as a draw. It is only the third World Cup match to have been cancelled.

Two of Saturday’s matches, the Pool C decider between England and France and the Pool B match between world champions New Zealand and Italy, were scratched on Thursday when it became clear the typhoon would make landfall in central Honshu.

Can Cars Really Fly? Porsche And Boeing Are Going To Find Out 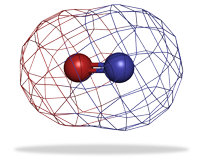 No. 8 BYU to play No. 14 Coastal Carolina; replaces Liberty