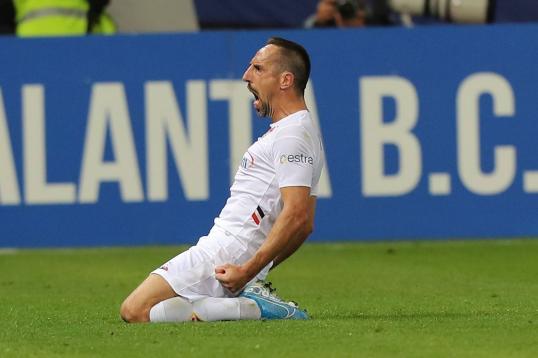 Fiorentina star Franck Ribery has revealed that he rejected offers from Eintracht Frankfurt and the Premier League to join the Serie A side.

Ribery has been one of the best free-agent signings this summer and has lit up with the Serie A already. He has scored once, assisting thrice in six appearances.

In an interview that the Frenchman gave to BILD, he said: ​”I was also wanted by Eintracht Frankfurt, but they just wanted to give me a one-year contract and it was never an option for me. I wanted to change then, not stay in the Bundesliga. There were also Premier teams , but I chose Fiorentina.”