The year 2019 proved that Bitcoin is not going to simply be a bubble that would pop despite negative feedback from critics and so-called crypto experts. Although predictions may vary from good to bad, it’s up to you to measure the authenticity of those reviews. What’s important is to validate every information that you read.

Some may think that Bitcoin is not a good investment while many still see Bitcoins as a trend in the future. Here are some of the reasons why:

Since large investors have entered Bitcoin trading or investments, a lot of companies have also accepted Bitcoin as a currency. Companies, big or small, have begun to receive Bitcoin payments, whether local or international.

Because of the following, Bitcoin became popular and widely accepted:

Since Bitcoin is the first cryptocurrency that has been developed and used in the last decade, it’s then considered as valuable. While others believe that Bitcoin has an infinite potential to become akin to digital gold, many still believe that it has no value.

But just like digital and paper cash, Bitcoin has value for the following reasons:

To understand it better, here are the valuable properties of Bitcoin:

When Bitcoin prices hit the lowest, large companies like banks and other hedge funds came into play. They will buy Bitcoins sold at the lowest price from small players who fear losing money. Of course, small players who have less than what they have will become afraid of losing even more. This led to large investors gaining more profits when Bitcoin revived from its bearish trend.

Big players, however, have highly volatile assets in significant volumes, adding to their strong risk-management systems. Thus, they can afford to take bigger risks that, in the end, can give them more profit.

However, these big players are anonymously trading large amounts of Bitcoins. Although there is no official news stating that large investors trade Bitcoins, the following shows support for these speculations that large investors are accepting and indeed trading Bitcoins:

Although the price of Bitcoin may always be volatile, it aims to have a stable system. It means having a network that secures it. The more Bitcoin becomes secure, the higher hash power it needs.

The confirmation of Bitcoin transactions is performed through the processing power of the Bitcoin network called hash power. Because of the large size of Bitcoin’s hash power, it is considered to have the most secure computer system. A higher hash power means it is harder to be attacked.

This is why every attempt to attack Bitcoin transactions has not prospered, especially since Bitcoin’s hash power is continuing to grow. It has even surpassed the combined top 500 supercomputers of the world. 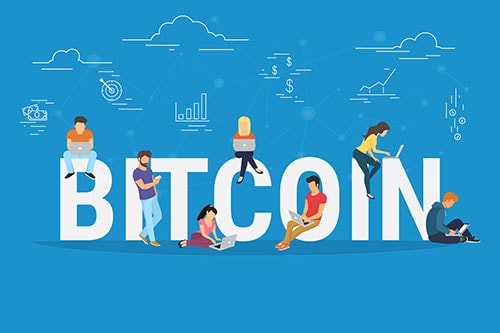 Moreover, if more power is added to the network, its algorithm becomes more complicated. Thus, every 10 minutes, a new block is added, kicking Bitcoin’s protocols difficulty adjustment up a notch. When defined, difficulty adjustment means that the rise of stock-to-flow is limited, and it’s a system that is required for making hard money.

Since the supply of Bitcoin is fixed, the more secure it becomes when additional computer resources are created. So in the future, although Bitcoin prices will become higher, the safer it will grow as more hash powers are created. And even when hash power decreases, like what happened in the 2018-2019 crypto winter, the system self-corrected.

People naturally get curious about something that is often criticized. Especially when it becomes a hot topic over the internet, people will learn about it and try to get themselves involved in it. Similarly, Bitcoin has gained its popularity as time passes by because of the many critics presenting their own reviews.

Not only are people becoming more aware of what Bitcoin is, but they are now beginning to accept that it’s a digital currency that has its many benefits. Moreover, because of its system, Bitcoin will continue to be a trend in the future as people want a more secure financial system.