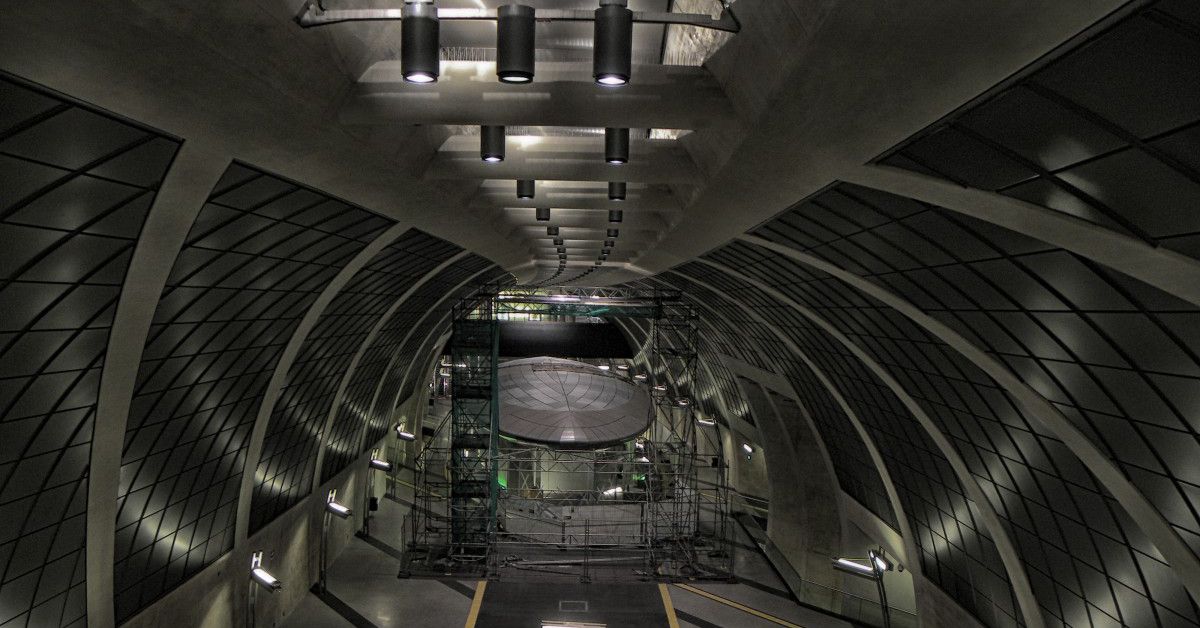 The Defense Advanced Research Projects Agency (DARPA) puts out lots of public requests for scientific research, including high-profile competitions involving robotics and space launch tech. But today, the agency tweeted a very simple plea: it needs a massive, maze-like underground facility for running experiments, and it needs it right now.

What kind of facility, exactly? Well, “the ideal space would be a human-made underground environment spanning several city blocks [with] complex layout & multiple stories, including atriums, tunnels & stairwells,” explains DARPA. Basically, it’s looking for an indoor shopping mall, a subway system, or a ‘90s first-person shooter map — preferably run by a university or a business that specializes in urban subterranean lairs.

If you need even more detail, the tweets are helpfully paired with pictures of ideal locations — like New York’s Grand Central Terminal, an empty German light rail station, and some kind of sinister corridor whose stock photo tags include “gloomy,” “garbage,” and “a mess.” The place seemingly doesn’t need to be empty, but “spaces that are currently closed off from pedestrians or can be temporarily used for testing are of interest.”

The official Federal Business Opportunities listing isn’t quite as enigmatic or supervillain-esque as those tweets. It explains that DARPA is studying ways to quickly map and search large underground areas — a project likely related to the SubT Challenge, which is aimed at helping soldiers and first responders navigate these spaces more quickly. (DARPA is a military research agency, but while it often focuses on combat technologies, that’s not the sum of its work — it famously helped create the internet with ARPANET, for instance.) The agency ran one SubT experiment in April at the Edgar Experimental Mine in Colorado, then another at two mines in Pittsburgh, Pennsylvania this month. But it’s noted that urban locations present their own challenges.

The SubT Challenge lists cave systems as its third type of underground environment — so cave dwellers, DARPA may call upon you soon as well.

Ancestors: The Humankind Odyssey guide to your first hour