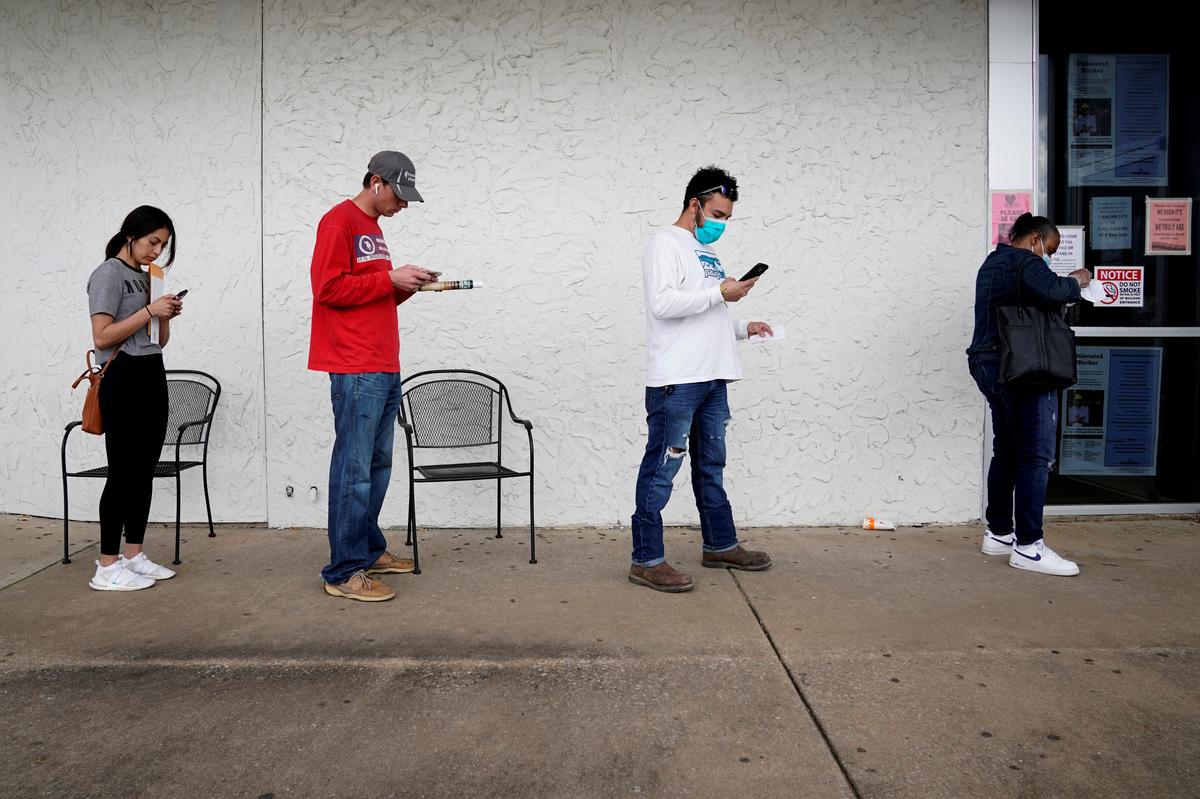 WASHINGTON (Reuters) – Millions more Americans sought unemployment benefits last week, suggesting layoffs broadened from consumer-facing industries to other segments of the economy and could remain elevated even as many parts of the country start to reopen.

FILE PHOTO: People who lost their jobs wait in line to file for unemployment following an outbreak of the coronavirus disease (COVID-19), at an Arkansas Workforce Center in Fayetteville, Arkansas, U.S. April 6, 2020. REUTERS/Nick Oxford

The deepening economic crisis triggered by nationwide lockdowns to slow the spread of the novel coronavirus was underscored by other data on Thursday showing worker productivity dropped at its fastest pace in more than four years in the first quarter amid the largest drop in hours since 2009.

The reports support many economists’ belief that the economic slump could persist for a while. The economy shrank in the first quarter at the steepest pace since the Great Recession of 2007-2009. Data on Wednesday showed private payrolls fell by a record 20.2 million in April, which set up the overall labor market for historic job losses.

Initial jobless claims for state unemployment benefits totaled a seasonally adjusted 3.169 million for the week ended May 2. Data for the prior week was revised to show 7,000 more applications received than previously reported, taking the tally for that period to 3.846 million. Economists polled by Reuters had forecast 3.0 million claims for the latest week.

It was the fifth straight weekly decrease in applications since the record 6.867 million in the week ended March 28. Still, the latest numbers lifted to about 33.5 million the number of people who have filed claims for unemployment benefits since March 21, roughly 22.1% of the working-age population.

“The pace of new claims for unemployment is slowing, but remains at levels unimaginable just a few months ago,” said Joel Naroff, chief economist at Naroff Economics in Holland, Pennsylvania. “Even with the economy slowly starting to reopen, the number of unemployed should continue to rise sharply as governments, as well as businesses that have tried but not succeeded at holding the line, are now laying off workers.”

In another report on Thursday, the Labor Department said nonfarm productivity, which measures hourly output per worker, decreased at a 2.5% annualized rate in the first quarter. That was the largest decline since the fourth quarter of 2015 and followed a 1.2% pace of increase in the fourth quarter.

Hours worked tumbled at a 3.8% rate last quarter, the sharpest decline since the third quarter of 2009. Hours worked increased at a 1.2% rate in the fourth quarter.

U.S. stock indexes opened higher as investors focused on a surprise rise in Chinese exports and a surge in oil prices. The dollar .DXY was little changed against a basket of currencies. U.S. Treasury prices were trading higher.

Thursday’s weekly claims data will have no impact on the Labor Department’s comprehensive employment report for April, which is scheduled to be released on Friday, as it falls outside the period during which the government surveyed establishments and households for its monthly report.

According to a Reuters survey of economists, nonfarm payrolls are forecast to have plunged by a historic 22 million in April, which would blow away the record dive of 800,000 seen during the 2007-2009 recession. Employment dropped by 701,000 jobs in March, ending a record streak of gains dating to September 2010.

The unemployment rate is seen jumping to 16% in April, which would shatter the post-World War Two record of 10.8% touched in November 1982. The jobless rate in March shot up 0.9 percentage point to 4.4%, the largest monthly change since January 1975.

April could, however, mark the trough in job losses as more small businesses access their portion of an almost $3 trillion fiscal package, which made provisions for them to get loans that could be partially forgiven if they were used for employee salaries. At least 30 states are partially reopening, which could see some of the unemployed going back to work.

The claims report also showed the number of people receiving benefits after an initial week of aid surged 4.636 million to a record 22.647 million in the week ended April 25.

The so-called continuing claims data is reported with a one-week lag and will be closely watched in the coming months to get a better sense of the depth of the labor market downturn.

What we learned since the first U.S. case was confirmed

Facebook is referring Trump ban to its Oversight Board 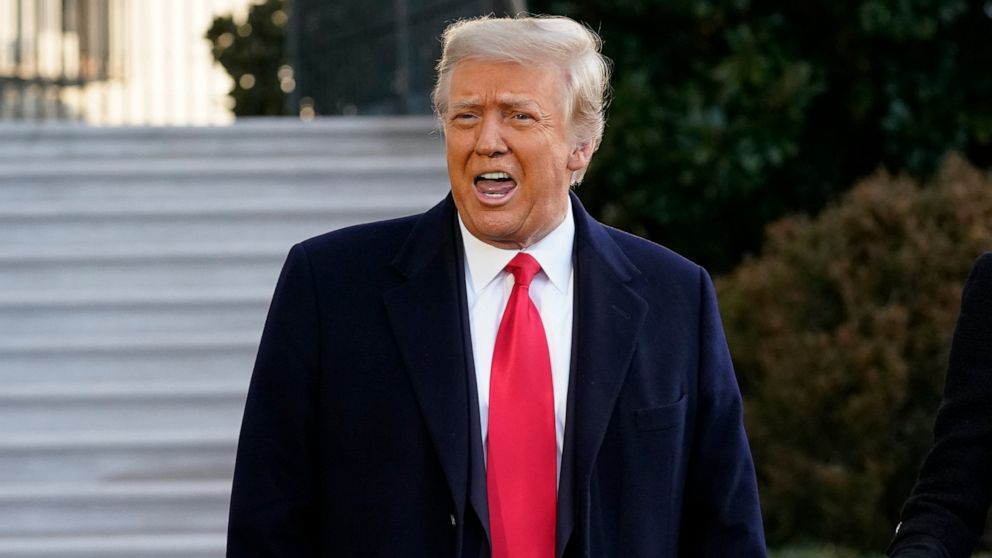 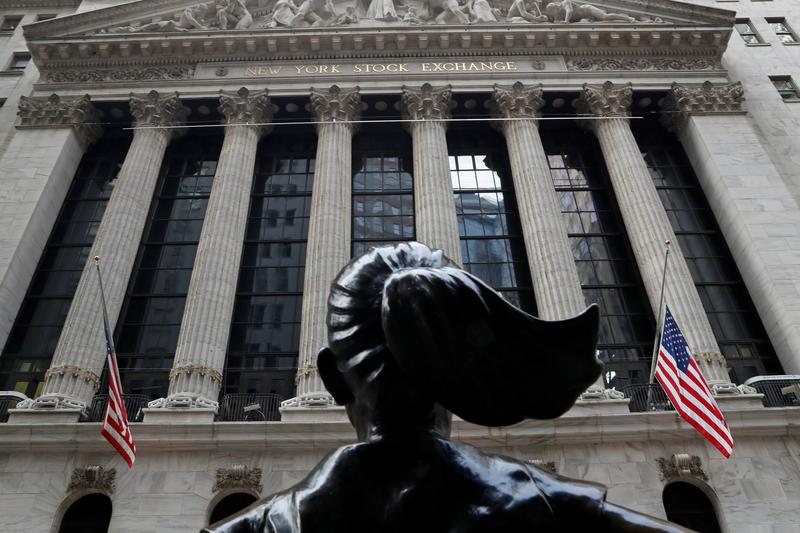