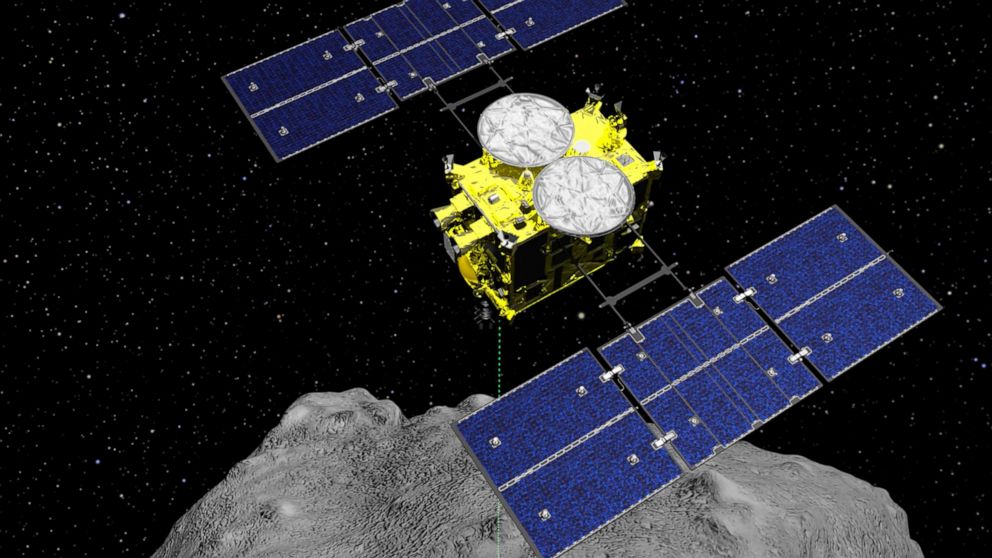 TOKYO — Japan’s space agency said its final checks confirmed the Hayabusa2 spacecraft is on track to return to Earth a capsule containing samples from a distant asteroid that could provide clues to the origin of the solar system and life on our planet.

The spacecraft is making its final approach on its planned trajectory and is scheduled to separate the capsule Saturday afternoon from 220,000 kilometers (136,700 miles) away in a challenge requiring precision control. The capsule is programed to land in a remote, sparsely populated area of Woomera, Australia, on Sunday.

Hayabusa2 left the asteroid Ryugu, about 300 million kilometers (180 million miles) away, a year ago and was flying smoothly as planned, the Japan Aerospace Exploration Agency said.

“We trained ourselves and now we are fully prepared. So I’m just praying that equipment that hasn’t been used yet will work well and that there will be good weather in Australia,” Yuichi Tsuda, Hayabusa2 project manager at JAXA, said Friday. “We are so excited.”

Hayabusa2’s return with the world’s first asteroid subsurface samples comes weeks after NASA’s OSIRIS-REx spacecraft made a successful touch-and-go grab of surface samples from asteroid Bennu. China, meanwhile, announced this week its lunar lander collected underground samples and sealed them within the spacecraft for return to Earth, as space developing nations compete in their sample-return missions.

Many Hayabusa2 fans gathered to observe the moment of the capsule separation at public viewing events across the country, including one at the Tokyo Dome stadium.

In the early hours of Sunday, the capsule, protected by a heat shield, will briefly turn into a fireball as it reenters the atmosphere 120 kilometers (75 miles) above Earth. At about 10 kilometers (6 miles) above ground, a parachute will open to slow its fall and beacon signals will be transmitted to indicate its location.

JAXA staff have set up satellite dishes at several locations in the target area to receive the signals, while also preparing a marine radar, drones and helicopters to assist in the search and retrieval of the pan-shaped capsule, 40 centimeters (15 inches) in diameter.

Scientists say they believe the samples, especially ones taken from under the asteroid’s surface, contain valuable data unaffected by space radiation and other environmental factors. They are particularly interested in analyzing organic materials in the samples.

JAXA hopes to find clues to how the materials are distributed in the solar system and are related to life on Earth.

For Hayabusa2, it’s not the end of the mission it started in 2014. After dropping the capsule, it will return to space and head to another distant small asteroid called 1998KY26 on a journey slated to take 10 years one way, for a possible research including finding ways to prevent meteorites from hitting Earth.

So far, its mission has been fully successful. It touched down twice on Ryugu despite its extremely rocky surface, and successfully collected data and samples during the 1½ years it spent near Ryugu after arriving there in June 2018.

In its first touchdown in February 2019, it collected surface dust samples. In a more challenging mission in July that year, it collected underground samples from the asteroid for the first time in space history after landing in a crater that it created earlier by blasting the asteroid’s surface.

Asteroids, which orbit the sun but are much smaller than planets, are among the oldest objects in the solar system and therefore may help explain how Earth evolved.

Ryugu in Japanese means “Dragon Palace,” the name of a sea-bottom castle in a Japanese folk tale.

The massive SolarWinds hack and the future of cyber espionage