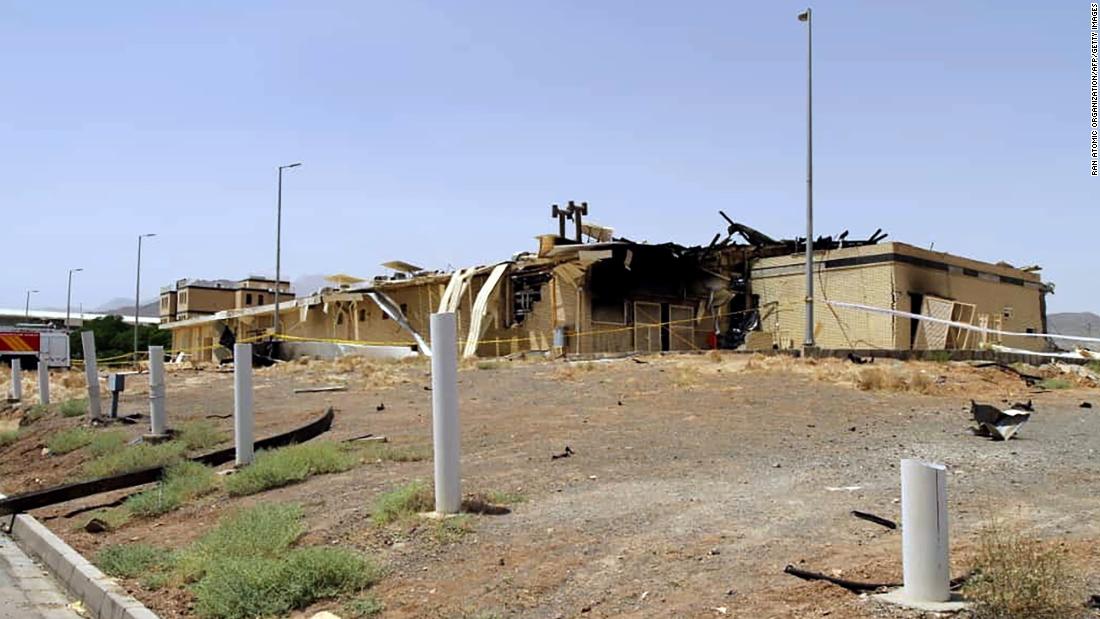 It remains unclear what exactly started the fire at the complex, considered Iran’s largest uranium enrichment facility and located about 250 kilometers (150 miles) south of the capital Tehran.

Analysts believe the site is used to develop and assemble centrifuges for uranium enrichment, key technology that turns uranium into nuclear fuel.

Behrouz Kamalvandi, a spokesman for the Atomic Energy Organization of Iran (AEOI), said Sunday that while there were no human casualties in the fire that struck the facility Thursday, “the financial losses were significant.”

The incident has not slowed the nuclear enrichment work at Natanz, but it did impact the construction and development of some advanced machines “in the medium term,” said Kamalvandi. He said in an interview with the state-run IRNA news agency that the shed which was impacted housed various tools and precise measuring equipment that have been permanently destroyed.

Ramazanali Ferdowsi, the governor of Natanz, said the fire only damaged a building under construction within the complex and did not affect the main area of the nuclear facility, according to semi-official news agency Tasnim.

The fire at Natanz is one of several unusual incidents that have occurred throughout Iran in recent weeks.

A major explosion was reported on the outskirts of Tehran, near the town of Parchin and a military facility, last month. Iranian state media reported another blast took place at the the Zargan power plant in Ahvaz, a city in southwest Iran, on Saturday. And a few hours later, a chlorine gas leak sickened dozens at a petrochemical complex in southeast Iran.

The timing of these has fueled speculation that one of Iran’s adversaries might be to blame — including Israel, which has used covert operations to target Iran’s nuclear program in previous years. Experts believe Israel and the United States were responsible for deploying a complex computer virus called stuxnet that destroyed centrifuges at Natanz about a decade ago.

A prominent Israeli strategic analyst, Amos Yadlin, said the country should be prepared “for the possibility of an Iranian reaction,” despite efforts by Israel’s defense minister to downplay the country’s involvement in the incidents.

“Not every event that happens inside Iran is necessarily connected to us,” Defense Minister and Alternate Prime Minister Benny Gantz said during an interview on Israeli radio Sunday morning.

Official Iranian media outlets have warned that Iran would respond if it deemed the incidents were the result of an attack, and Yadlin said that could come in the form of a cyber attack; the firing of missiles from Iranian proxy forces in Iran; or an attack outside Israel’s borders altogether.

Asked about the incidents on Thursday, Israeli Prime Minister Benjamin Netanyahu said at a press conference, “I won’t refer to these issues.”

Iranian authorities claim they have identified the “main cause” of the fire but had decided not to announce the findings publicly for security concerns, said Khosravi, the spokesman for Iran’s Supreme Nation Security Council.

The series of incidents comes almost exactly a year after Iran announced it would start enriching uranium at higher levels and in greater quantities than agreed to in the 2015 nuclear deal, part of Tehran’s response to the Trump administration’s decision to withdraw from the accord, effectively killing it.
A confidential report by the International Atomic Energy Agency (IAEA), the United Nation’s nuclear watchdog, obtained by CNN in March found that Iran had nearly tripled its stockpile of low-enriched uranium.
And last month, the IAEA board of governors accused Iran of concealing portions of its nuclear program in violation of Tehran’s international agreements. The agency said Iran had refused to allow inspectors to visit two locations and was not forthcoming in answering “questions related to possible undeclared nuclear material and nuclear related activities.”

Regarding the incident at Natanz, the IAEA said Friday that it is in contact with “relevant Iranian authorities to confirm there will be no impact on its safeguards verification activities, which are expected to continue as before. IAEA inspectors are present on a regular basis at Natanz.”