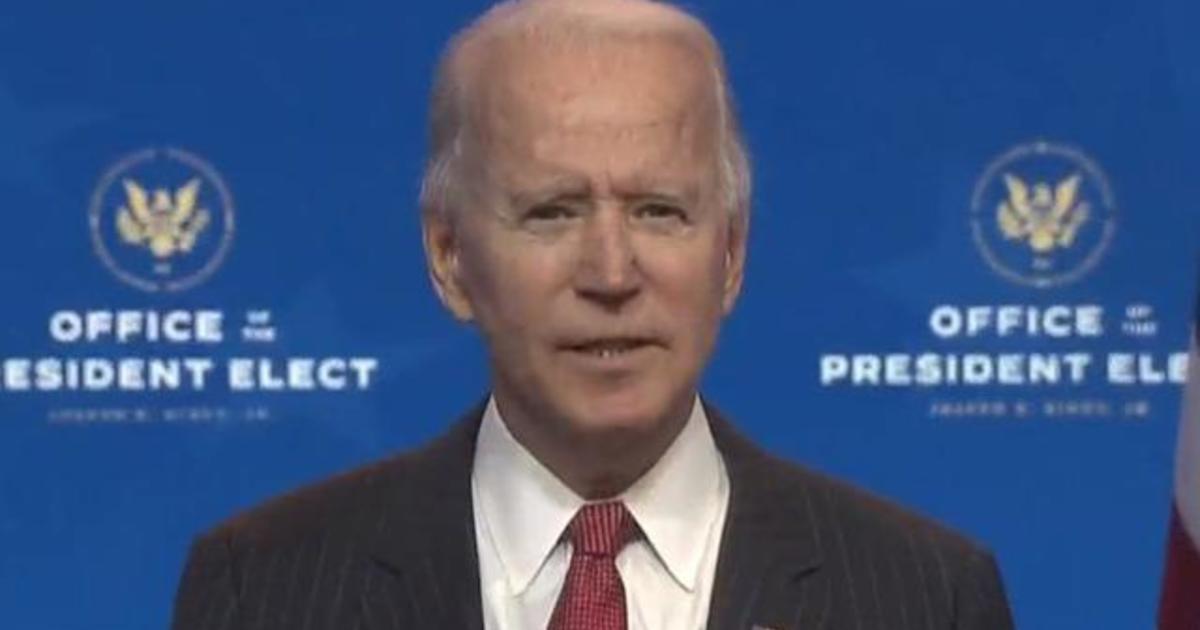 
Three weeks after Election Day, the General Services Administration is finally recognizing Joe Biden as president-elect and beginning the formal transition process; although President Trump says he’s still not conceding. In the past, this handoff from an outgoing president to the next officeholder has typically been carried out with grace, even after bruising campaigns and when the new president has very different goals.

“Please know that you will have my support in unifying and leading the nation,” former Vice President Hubert Humphrey said in his 1968 concession speech after losing to Richard Nixon.

Then comes a meeting of former rivals — a symbol it’s time for the country to come together.

“Because if you succeed, then the country succeeds,” former President Obama told President-elect Trump in 2016.

Then the real work gets underway. The president-elect can start naming officials, articulating policies and talking to foreign leaders, said David Marchick, director of the Center for Presidential Transition.

The custom is as old as the presidency itself, Marchick said.

Bad transitions have happened before. After the election of 1860, seven states seceded from the Union before President-elect Abraham Lincoln’s inauguration.

In 2000, a lengthy recount delayed the transition by more than a month, leaving President-elect George W. Bush just 37 days before his inauguration, about half the normal amount of time. The bipartisan 9/11 Commission concluded that that shortened transition left the country vulnerable to a terrorist attack because national security officials were playing catch up.

But the transition is not just beginning now, Marchick stressed.

“The transition work started the day after the last inauguration,” he said. “There are hundreds of career officials all across the government that prepare for whomever wins.”

In a typical transition, teams from both sides are in place months before a winner is decided and the sitting president works to help his successor succeed.

“Transition is supposed to be one where the outgoing administration is helpful to the incoming administration in terms of making available materials from the departments and agencies,” said Martha Joynt Kumar, who has been studying transitions for decades.

In modern times, there hasn’t been a president who has resisted participating in the transition.

“You’ve had the Presidential Transitions Act which made it very clear that the federal government had a role in transitions,” she said.

And with the coronavirus still raging, the stakes for a smooth transfer of power are extremely high.

“There are thousands of officials all across the government, particularly the Pentagon and the Department of Health that want to get the vaccine out to 300 million Americans,” Marchick said. “The sooner the Biden team can start working with those officials, the more ready they’re going to be on January 20.”

With approval from the General Services Administration, the Biden-Harris team now has access to roughly $6 million and the ability to coordinate with government agencies.