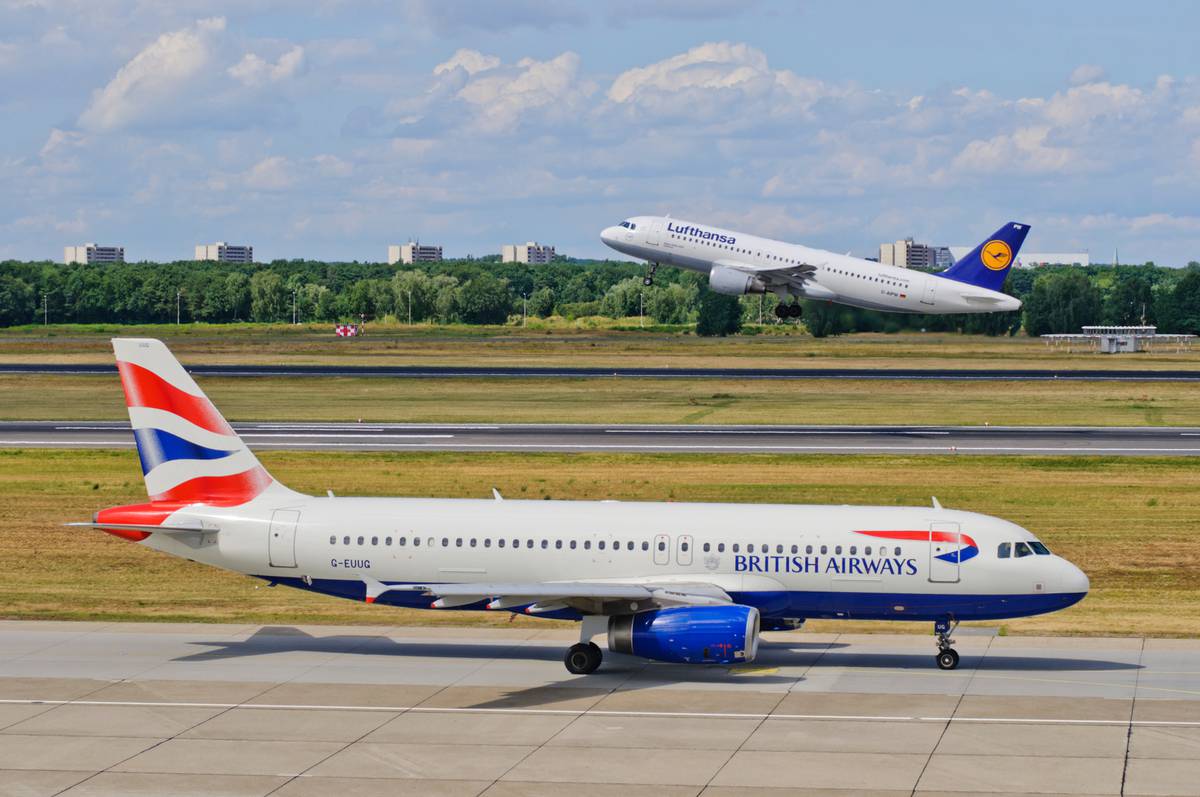 British Airways and Lufthansa canceled all flights to Cairo on Saturday over unspecified security concerns after the British government warned of a “heightened risk of terrorism against aviation.”

The announcements by two of Europe’s biggest airlines caught some passengers off guard as they prepared to board their flights, the BBC reported. Cairo’s airport was apparently taken by surprise, too: A spokesman told the British news outlet that airport had not yet heard of the changes from British Airways.

British Airways said it was suspending flights to Cairo for seven days, while Germany-based Lufthansa said flights are set to resume Sunday.

In a statement, Lufthansa called the temporary suspension “a precaution due to an unclear security situation in Cairo.” British Airways was similarly vague about what prompted the cancellations, saying it halted its Cairo flights “as a precaution to allow for further assessment.”

The British Foreign Office’s travel advice for Egypt, updated Friday, urges people to avoid “all but essential travel” to the South Sinai governorate and areas west of the Nile Valley and Nile Delta regions, outside of a few specific places. The office also cautions against any travel to the governorate of North Sinai “due to continuing criminal activity and terrorist attacks on police and security forces that have resulted in deaths.” Attacks by the Islamic State militant group, also known as ISIS, on the Sinai Peninsula have killed hundreds.

Britain continues to warn against air travel to and from the resort town of Sharm el-Sheikh. A Russian plane exploded shortly after leaving the town in 2015 – for which Islamic State militants asserted responsibility – killing 224 people and prompting heightened security at Egyptian airports. Britain, Russia and other countries halted flights to Sharm el-Sheikh after the incident; Britain has yet to resume those flights.

Safety concerns have plagued Egypt’s tourism industry, with visits to the country decreasing after the 2011 unrest and revolution as well as, later, the Russian jet crash. But this weekend’s flight cancellations come amid signs that Egypt’s tourism industry is on the mend. Visitors ticked up last year thanks to falling prices and improved security, the Financial Times reported.

Chip Garner, a spokesman for British Airways, declined to further explain the cancellations, telling The Washington Post on Sunday that the company never comments on security matters. Garner declined to say how many travelers’ plans were disrupted but said the airline is rebooking customers on other airlines and offering refunds to those who no longer wish to travel.

Lufthansa spokeswoman Neda Jaafari told The Washington Post that two flights were canceled Saturday but could not say how many passengers were affected.

About 415,000 British nationals traveled to Egypt last year, the Foreign Office states, adding that “most visits are trouble free.”

Egypt’s Ministry of Civil Aviation said in a Facebook post Saturday that it is discussing British Airways’ suspension of flights with officials at the British Embassy. The ministry added that the airline’s decision was not “issued by the British Ministry of Transport or the British Foreign Office.”

Foreign Office spokeswoman Felicity Probert confirmed that British Airways “took this decision themselves” and declined to explain what prompted the travel advice update.

Chairman of the Cairo Airport Company Ahmed Fawzi told an Egyptian newspaper that British Airways did not communicate concerns about airport security to the airport authority before the cancellations.

I’ve never heard of flights to/from a destination being cancelled except in the event of an uprising or terrorist attack or something extreme along those lines.

Which begs the question, what does @British_Airways know about the security situation in Cairo that we don’t?? pic.twitter.com/LJAFHg7U1g

Britain is not the only country expressing new caution about Egypt travel. The U.S. State Department also warned Friday of “risks to civil aviation operating within or in the vicinity of Egypt.”

“A number of terrorist groups, including ISIS, have committed multiple deadly attacks in Egypt, targeting government officials and security forces, public venues, tourist sites, civil aviation and other modes of public transportation, and a diplomatic facility,” the State Department says in its notice, replacing a travel warning from 2016. “Terrorists continue to threaten Egypt’s religious minorities and have attacked sites and people associated with the Egyptian Coptic Church.”

A professor of political science at Virginia’s Christopher Newport University, Youssef Chouhoud, tweeted Saturday that his flight from London’s Heathrow Airport to Cairo had been canceled and wondered why other airlines were not taking the same precautions as British Airways.

“I’ve never heard of flights to/from a destination being canceled except in the event of an uprising or terrorist attack or something extreme along those lines,” he wrote. “Which begs the question, what does @British_Airways know about the security situation in Cairo that we don’t??”

“Someone knows something we don’t,” tweeted another passenger whose British Airways flight was canceled just before boarding.

Travelers scrambled to change their plans. One man told the BBC that he shelled out about 1,200 pounds, or about NZ$2,200, to deal with the cancellation, unable to miss a Monday business meeting. Another passenger said she faced the prospect of missing a family wedding.

Christine Shelbourne, 70, from Surrey told the BBC that she was headed to Cairo with her grandson when, after check-in, her boarding pass failed to work.

“It was handled badly to be honest,” she said. “My grandson is currently looking for flights for us – he’s devastated.”

Egypt said it would add Cairo-to-London flights starting Sunday, according to Reuters.

Unexpected state tax could be around the corner for remote workers 3 of the Best Timeshare Exit companies The Best festivals and fairs in Wisconsin