The head of the Food and Drug Administration on Thursday said he has “no intention” of overruling career scientists at the agency on an approval of a coronavirus vaccine even though he has the authority.

FDA Commissioner Stephen Hahn said any vaccine data released will be discussed publicly by an advisory committee of outside experts and that Peter Marks, who runs the FDA division that oversees vaccine approvals, will ultimately make a recommendation.

“I will be briefed as commissioner all along about this. I will have the opportunity to see the data,” Hahn said during a virtual Q&A with the Economic Club. “I can tell you throughout this pandemic, throughout my tenure as commissioner, I have not reversed a decision by the career scientists on medical products. And I have no intention of doing that now.”

“I have complete and absolute confidence in the scientists at the FDA and the decision-making that they have here,” he added.

There are no approved vaccines for the virus. U.S. health officials expect to find at least one safe and effective vaccine by the end of the year.

Hahn’s remarks come as infectious disease experts and scientists in recent weeks have said they have concerns that President Donald Trump is pressuring the FDA to approve a vaccine before it’s been adequately tested. Hahn, insisting the FDA wasn’t being pressured by Trump to fast-track a vaccine, told the Financial Times last month the agency is prepared to bypass the full federal approval process in order to make a Covid-19 vaccine available as soon as possible.

Separately, the Centers for Disease Control and Prevention is asking states to prepare coronavirus vaccine distribution sites by Nov. 1, just two days before the federal elections.

But Hahn insisted Thursday that any decision on vaccines will be made based on data, not politics.

He said the FDA would like a vaccine that’s safe and at least 50% effective. The flu vaccine, by comparison, generally reduces people’s risk of getting influenza by 40% to 60% compared with people who aren’t inoculated, according to the CDC. Hahn has previously said the agency wouldn’t authorize a vaccine that’s not safe, even if it is fairly effective.

In recent weeks, U.S. health officials have attempted to alleviate concerns about the regulatory process.

At a Senate hearing Wednesday, U.S. Surgeon General Dr. Jerome Adams said “there has been no politicization of the vaccine process whatsoever.”

“There will be no shortcuts. This vaccine will be safe. It will be effective. Or it won’t get moved along,” Adams told the Senate Committee on Health, Education, Labor and Pensions. “And when a vaccine is either approved or authorized by the FDA, I and my family will be in line to get it.”

At the same hearing, National Institutes of Health Director Dr. Francis Collins said studying the safety and efficacy of any potential vaccine is the agency’s and FDA’s “top priority.” He pointed to AstraZeneca, a front-runner in the race for a vaccine, pausing its late-stage trial for safety reasons as evidence that the scientific process is working.

“The announcement yesterday about the AstraZeneca vaccine is a concrete example of how even a single case of an unexpected illness is sufficient to require a clinical hold for the trial in multiple countries,” he said.

Galaxy Z Fold 3 is on the way, how it compares to Z Fold 2

Here are the costs you’ll need to cover before moving 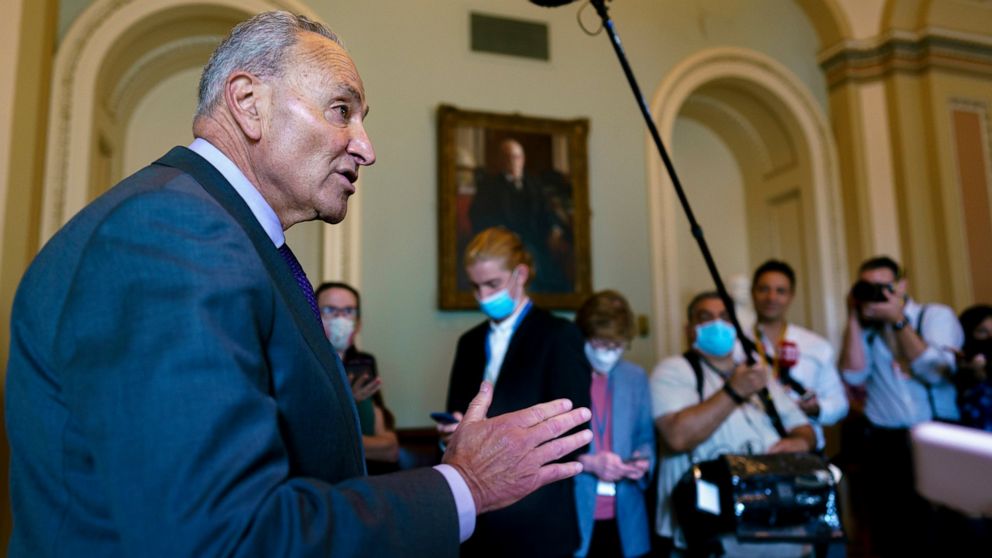 Schumer: Senators will ‘get the job done’ on infrastructure