Gov. Andrew Cuomo, who has warned for months of the associated surge-upon-surge stemming from the holiday season, says he expects the latest infection increase to continue through January at least. What happens next?

Aside from shoring up hospital capacity as the state faces its steepest viral increases in months, Cuomo is focused on keeping schools open, testing and ensuring a smooth and efficient vaccine rollout when it becomes available.

He said Wednesday that New York expects enough doses by Dec. 15 to vaccinate 170,000 people, assuming the process continues at its current pace, and about 40,000 initial allocations from Moderna this month. Both vaccines require two doses. First responders and long-term care patients and staff get top priority.

Delivering those two doses to up to 20 million people is a herculean challenge, Cuomo says, one complicated by high skepticism of this particular vaccine and other issues that compromise equitable distribution of any new vaccine.

According to the governor, experts say 75 percent to 85 percent of the population must be vaccinated in order for the economy to return to some semblance of normalcy. Even if the state received 300,000 vaccine doses by year’s end and had 300,000 people willing to take them immediately, that’s just 1.5 percent of New York’s population. As Cuomo says, the launch of the vaccine is the beginning of a long process forward. It’s hardly a time to declare “coronavirus is over.”

In many ways, this newest phase is the most dangerous yet for the United States. The White House Coronavirus Task Force told states earlier this week that “the COVID risk to all Americans is at a historic high,” according to a copy of the report obtained by NBC News.

That report included a stark warning for people older than 65 and those with preexisting conditions. It urged them to limit nonessential activities outside the home, echoing the pleas New York City’s top doctor made to the city on Tuesday.

It also included a message for those under 40: If you celebrated Thanksgiving outside your own home, you “need to assume” you got infected.

New York City’s warning Tuesday applied specifically to people older than 65 and those with underlying health conditions who could be at higher risk for severe complications from COVID-19. A somber Dr. Dave Chokshi talked about a “tragically familiar pattern” where initial case spikes are followed by increases in hospitalizations — and more death follows as some patients fail to recover.

The numbers behind the concern are undeniable; no state has been untouched by the latest surge. In New York, roughly 1 of every 134 residents tested positive for COVID-19 in November, nearly triple the number in October. Cuomo reported nearly 9,000 new cases Wednesday along with 69 COVID deaths. Statewide hospitalizations are at their highest total since May 27 (3,924), while citywide hospitalizations are up more than 120 percent in just the last three weeks.

Cuomo has triggered new emergency hospital protocol, with each of the state’s 10 regions seeing hospitals on alert, to varying degrees. Elective surgery is already off the block in Erie County as of Friday and could be at risk elsewhere.

Hospital strain has been the trend nationwide with a seasonal surge in infections — and the dreaded so-called “post-Thanksgiving” effect has yet to truly materialize. Thanksgiving wasn’t just a single day of celebration; it commenced a 37-day period of heightened social activity and increased risk, Cuomo said Wednesday.

“You’re going to see the increase continue all through the holidays. You’ll see it continue through Jan. 2 and then the lag for testing, hospitalization, which takes you to mid-January,” Cuomo said. “The question is how fast you see cases increase. There is no pre-determined fate. It’s a pure function of social action.”

With about two-thirds of new cases tied to private home gatherings, officials’ ability to execute enforcement effectively is beginning to flounder. Compliance, to varying degrees, has been a problem across the tri-state area. Contact tracing has been a particular challenge in New Jersey, which has seen infection rates soar.

New Jersey has also seen a stark increase in hospitalizations, which are at their highest levels since mid-May. The state reported its highest daily COVID death toll Tuesday (90) since May 4, a sobering statistic that likely will continue to climb.

More restrictions are possible in the Garden State due to an expected surge on top of the surge already underway. Earlier this week, Gov. Phil Murphy announced he’d suspend all indoor youth sports as of Dec. 6 and slash outdoor gathering caps to 25, a 95 percent cut in less than a month earlier this fall, the next day. Holiday parties with nonimmediate household members are advised against.

Murphy has said he’d like to avoid another draconian shutdown for New Jersey, but has left the option on the table. If the situation forces his hand, he says he won’t hesitate to make more serious modifications to state COVID protocol.

A month ago, Murphy expressed concern as multiple New Jersey counties were reporting at least 100 new COVID cases a day. On Wednesday, five saw at least 300; three of those — Middlesex, Passaic and Hudson — saw well more than 400. The statewide positivity rate had soared to 13.68 percent, Murphy said.

“Everyone wants to know when this is going to be over, and when they can put their masks in a drawer and freely gather again with family and friends. Our daily numbers tell us the answer: not anytime soon,” the governor added. “There is a direct cause-and-effect relationship between the increase in the number of cases and the increase in the number of patients in our hospitals. It’s simple math.”

The general consensus expectation is that these trends will continue into the new year. Many health experts fear the so-called post-Thanksgiving effect could be disastrous, given the trends nationwide, which have been spiraling for months independent of any holiday threat. Dr. Anthony Fauci says travel and collective COVID fatigue will fuel a secondary surge on top of the current intense surge.

He warned the next 30 or so days will be a period of “precarious risk” as people begin shopping for Christmas gifts in stores and host parties for New Year’s Eve.

There is help coming on the horizon in the form of vaccines. Late Tuesday, an advisory group with the Centers for Disease Control and Prevention recommended healthcare workers and residents of long-term care facilities and nursing homes be the first to get the vaccine once it is deployed. Roughly 24 million Americans make up those top-priority groups. 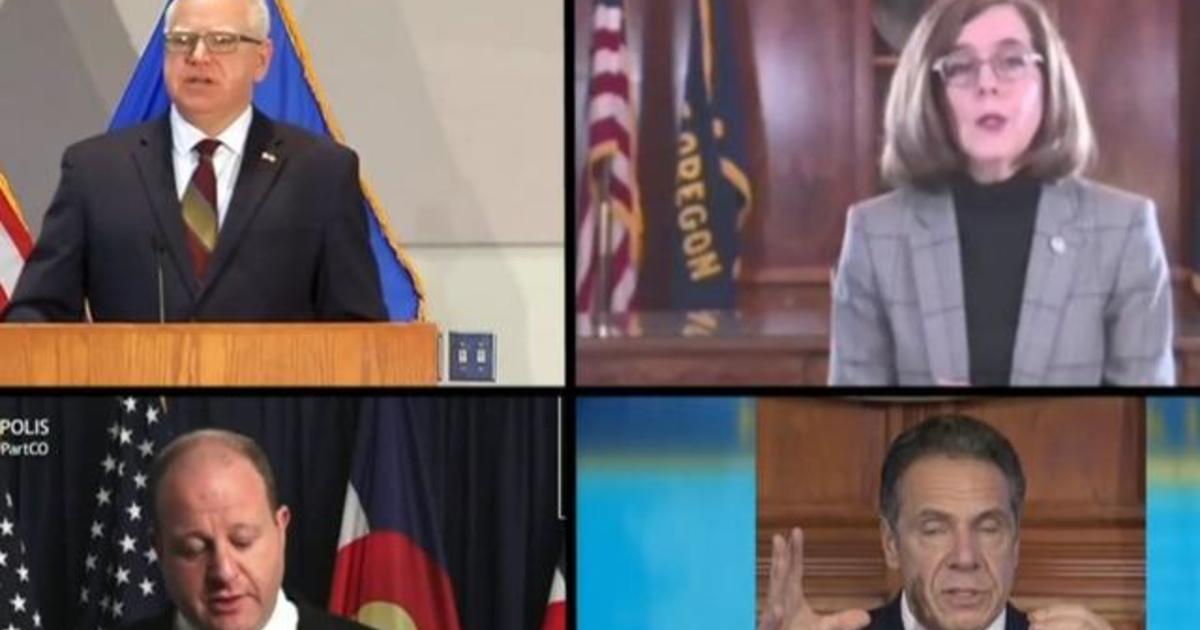 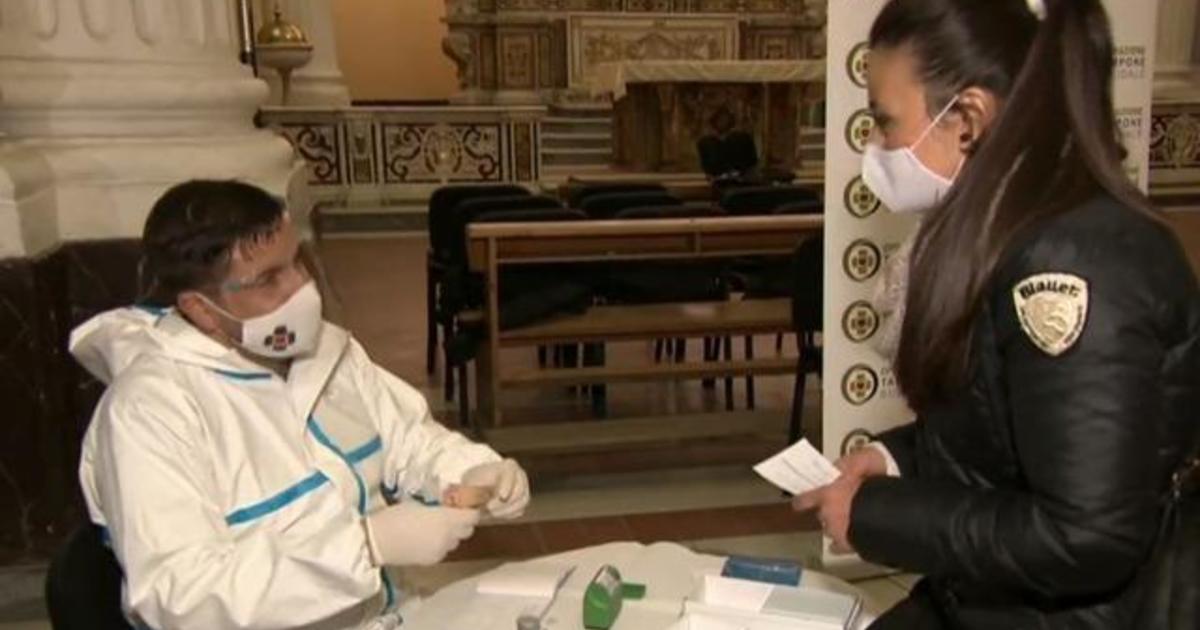 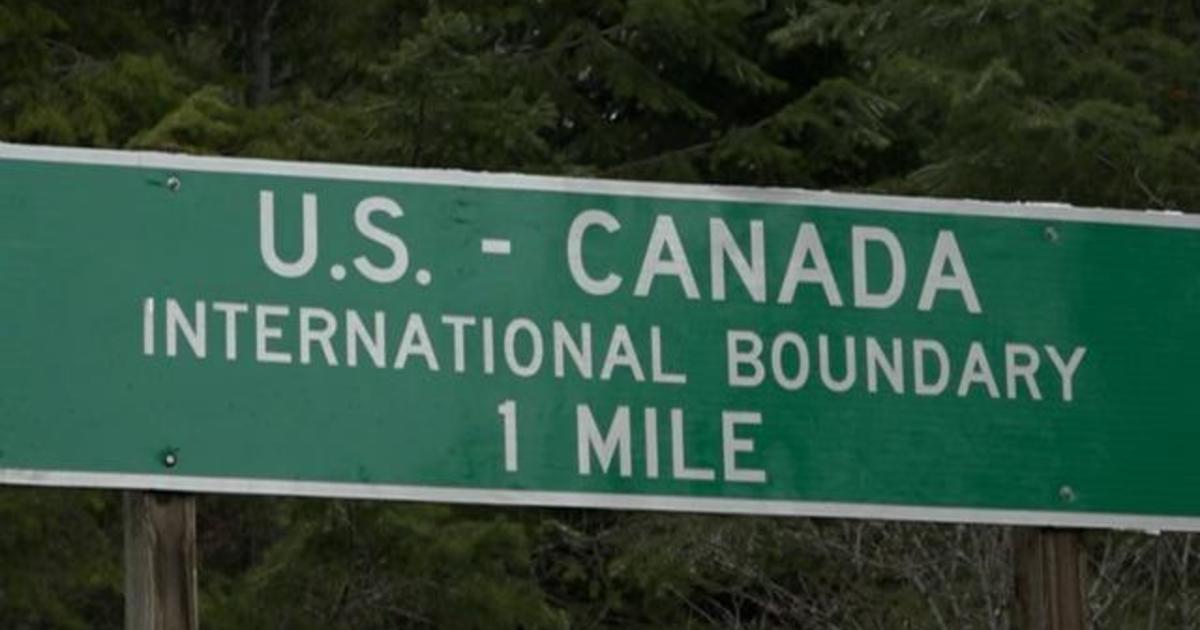 Mega Millions jackpot soars to $850 million. How to handle a windfall