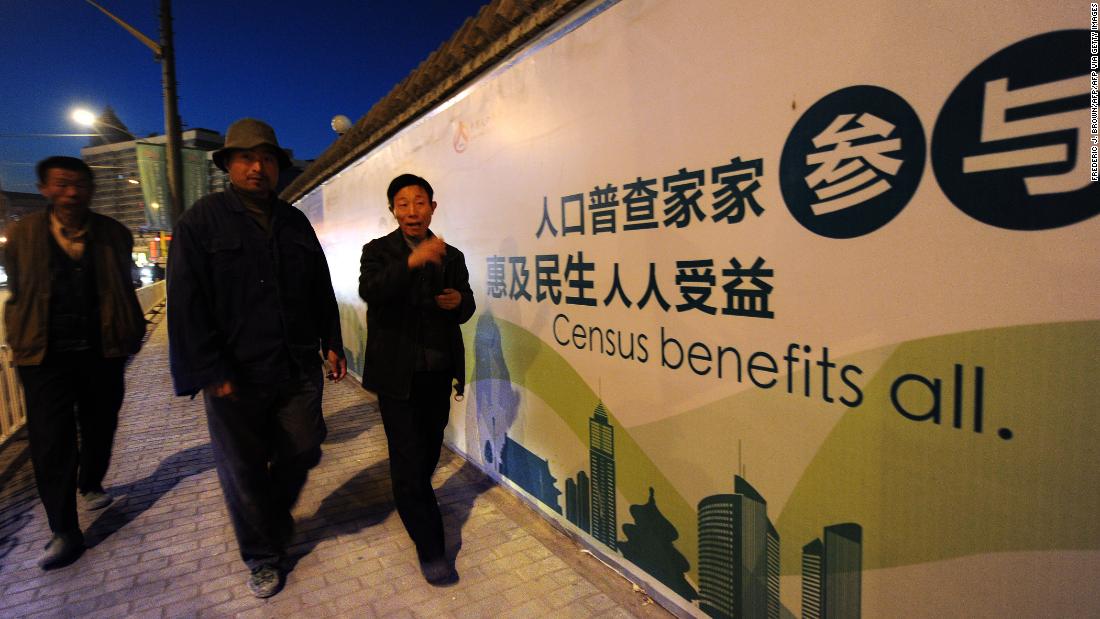 According to state-run news agency Xinhua, the colossal undertaking will see around 7 million census workers spread out across the country, collecting names, ID numbers, gender, marital details, as well as education and professional information.

As well as traditional methods, citizens will also be encouraged to use cell phones and other digital tools “to declare personal and family information,” Xinhua reported.

China conducts a national census every 10 years. The last survey found the population had increased from 1.29 billion to 1.37 billion. It was also the first to include foreigners. Nearly 600,000 foreign citizens returned the survey in 2010 — most were from South Korea, the United States and Japan.

The census provides key data for national policy making, information that is becoming more and more important as the demographic time bomb of the one child policy begins to kick in.

In 2010, the census found that the number of people aged 14 or younger was down 6.2% from the previous census.
Beijing began reversing its hugely controversial one child policy — in which women were subject to forced abortions, heavy fines, and eviction if they attempted to have a second baby — in 2015, as demographic issues caused by the lack of children became increasingly apparent.

China’s pool of workers is shrinking, with many young people supporting their parents and two sets of grandparents, in a country where social services for the elderly are still lacking.

Last year, the country’s birthrate hit its lowest level since the founding of the People’s Republic in 1949. More than 250 million Chinese were over 60 years old last year, the statistics revealed. They make up more than 18% of the population.

The figure is forecast to rise to a third of the population by 2050 — or 480 million people.

This year’s census may even show a decrease in the total size of the population for the first time in decades, setting the stage for India to overtake China as the world’s most populous country.

India was due to begin its own census counting earlier this year but had to delay operations due to the coronavirus.
The pandemic will also pose some concerns to China, particularly with millions of census workers moving around the country. However, Chinese virus numbers have been very low in recent weeks, with no new domestic infections reported Sunday, and just 12 imported cases.

List Of Bitcoin ATM Machine Locations Across The Globe

ByteDance says it will not transfer algorithm to Oracle

ByteDance says it will not transfer algorithm to Oracle