How to avoid putting on weight at work

How to Hug Safely During the Pandemic

With the April cover of Vogue declaring a ‘Juice Revolution’ and celebrities like Rosie Huntington-Whiteley, Katie Price, Gwyneth Paltrow and Perrie Edwards all attributing their svelte physiques to the power of juice, the UK is fast becoming a nation of juicing junkies.

As the 2014 bikini body season kicked-off last week, online electricals retailer ao.com reported a 47% uplift in sales across its juicing category over the bank holiday weekend, with cold press and slow juicer models (which offer less pulp and more juice) leading the pack.

Home juicing is no longer the preserve of the yoga and raw food brigade.  British shoppers looking to battle the post-bank holiday bulge and kick start their summer health regime are whole-heartedly embracing the juicing craze and investing in their droves in equipment to produce homemade juices. 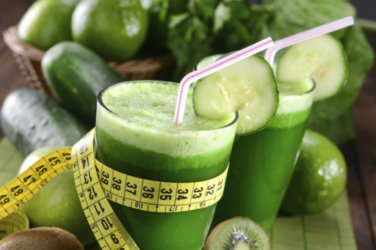 And it’s not just a female thing; both sexes are seeking to get beach body perfect, ahead of the summer holidays, with 32% of juicer sales at ao.com being made by men.

Yossi Erdman, Head of Brand at ao.com comments: “Juicing is becoming more glamorous especially with celebrities such as Elle McPherson and Nicole Richie becoming iconic juicers. You only have to look at a host of celeb magazines to find their pages filled with pictures of celebrities clutching their home-made health tonics.

“It seems that as the idea of flashing some flesh on the beach becomes more of a reality, juicing is really taking off as a great way to kick start a summer health regime.

“ao.com first saw sales of juicers taking off when the film Fat, Sick and Nearly Dead aired.  With the first couple of bank holiday weekends over, the sun making an appearance and the idea of a summer holiday looming on the horizon, we saw sales surge this weekend as shoppers start to get into a get beach beautiful mindset.”

The online retailer also surveyed its customers to find out what kind of juices are powering their health kicks and found that it’s all about the green juices with concoctions such as the Liver Tonic, which contains dandelion greens, carrots, cucumber and lemon, topping the list of favourite recipes.  Other concoctions included juices made with spring greens such as kale and spinach.

Adds Erdman: “We were rather surprised to find out just what our customers are putting in their juicers, with everything from seaweed to curry powder and jalapeños to horseradish making an appearance.”

Boost Juice Bars, which has chains all over the UK, has also seen sales increase in sales.  The most popular juices sold by Boost being the 5-a-day-juice (a blend of oranges, apples, carrots, celery and beetroot) and the Green Supreme (spinach, apple, mint, celery and cucumber), both of which provide a huge amount of nutrition without any additional sugars.

Dawn O’Sullivan, Co-founder and Director of Boost Juice Bars UK says that juicing is more than just a trend:

“It’s becoming a way of life! People are more and more aware of the importance of a healthy diet, but are looking for quick and convenient solutions.

“As a result, we’re seeing our juice sales grow year on year.”

US urges all Americans to come home

How to avoid putting on weight at work

How to Hug Safely During the Pandemic

US urges all Americans to come home

Samadi: Men Are the Ideal Target for Coronavirus

FinTech Part 3: The Future Of FinTech

This Morning: Holly Willoughby’s stunning floral dress is currently half price in the sale