Beyonce in the Victoria Beckham

Beyonce was pictured just four weeks after giving birth to baby Blue Ivy and she left mothers wondering all the world over on how on earth she was in such great shape. 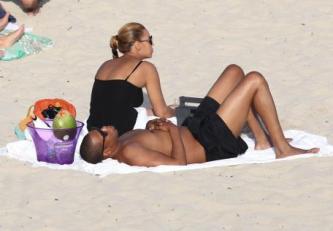 The singer has finally revealed how she shifted her baby weight and gives us some hope that maybe we can get into a swimming costume just four months after giving birth.

The Single Ladies singer has put her weightloss down to breastfeeding.

She has explained that she didn’t go on a strict diet, but made sure that she was doing basic exercise to shift the extra pounds.

She told People Magazine: “I lost most of my body weight from breastfeeding and I encourage women to do it; it’s just so good for the baby and good for yourself.

“I counted calories. I worked out maybe three-to-four times a week. I did a lot of walking in the beginning and now I’m running. But I had to work my way up. I couldn’t just go right from being pregnant to running.”

BTS's Jungkook releases new song 'Still With U' on Soundcloud

Unhealthy snacks are getting us through the day

You May Be Using Hand Sanitizer All Wrong