Athena Chu’s fashion consultant is hubby Paul Wong and he isn’t afraid to tell her when she looks fat, Entertainment News 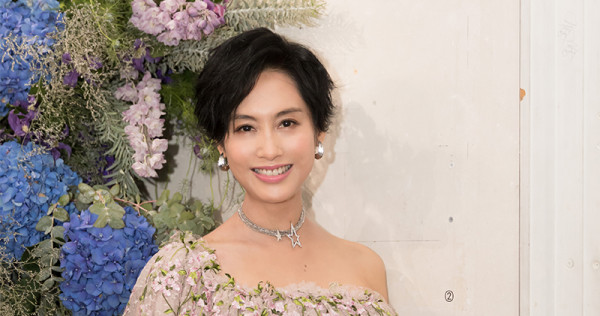 It’s a stereotype that men aren’t usually the authority when it comes to fashion.

But when it comes to Hong Kong actress, Athena Chu, her husband actually plays an instrumental role in her sartorial choices.

Talk about breaking the mould.

Athena was attending Paris Fashion Week last week when she mesmerised the crowd with her outfits, including a sleek black mermaid dress, and a sheer floral number that she wore to the Giambattista Valli Spring/Summer 2020 show.

It was reported by Hong Kong media last Friday (Oct 4) that the 47-year-old actress revealed that her fashion consultant is her husband, Paul Wong from Hong Kong rock band Beyond.

Athena married Paul in 2012 and had their daughter, Debbie, in the same year. The singer-actress might also be a familiar face to local audiences as she played a getai singer, opposite Chen Hanwei, in the 1995 telemovie Cupid Love.

And this isn’t the first time the actress has turned heads with her style.

When she was nominated for Best Actress at the 39th International Emmy Awards in 2011 for her role as a wheelchair-bound designer on Hong Kong production A Wall-less World, she turned heads in a green cheongsam.

Incidentally, she was also the first Chinese actress to be nominated for an International Emmy Award and was even competing with famed British actress Dame Julie Walters for the accolade.

The director of the production, Ha Kwai-cheong, reportedly referred to Athena as “Hong Kong’s pride” and said that she “exuded so much grace”.

Well, now that she has her stylish hubby, it seems that Athena is assured of wowing people with her fashion game.

She told Hong Kong media: “After all, he once won a Top 10 Most Fashionable People award and he has an eye for aesthetics so I trust his judgment.”

How Will It Impact The 20,000 Employees Affected?

EU to better protect whistle-blowers by 2021

EU to better protect whistle-blowers by 2021