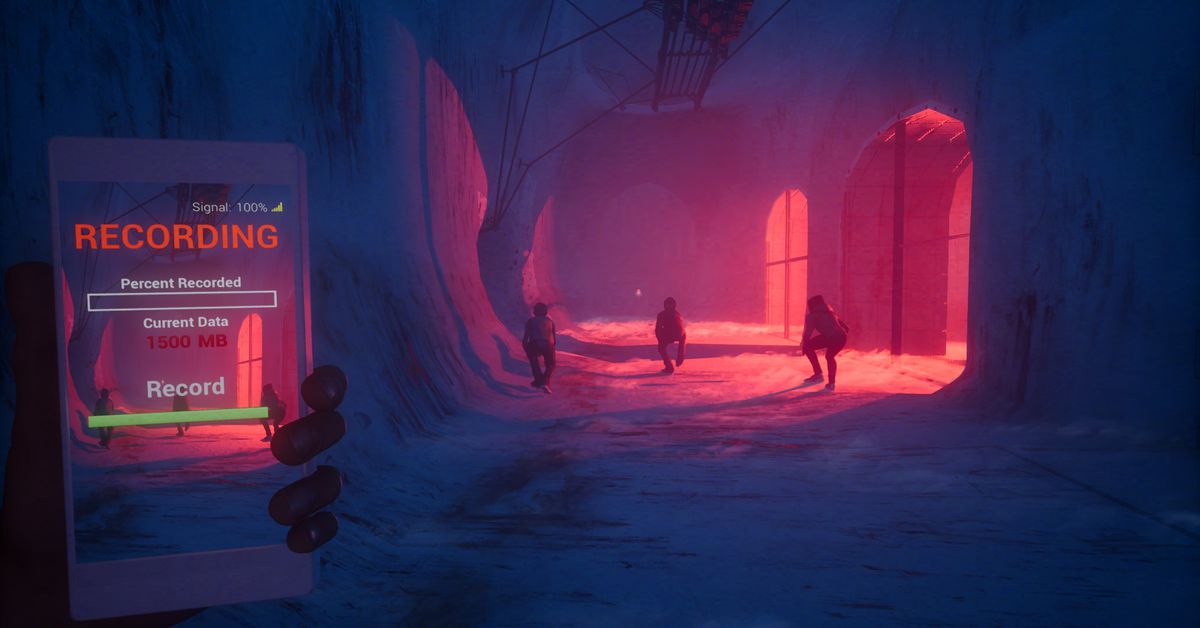 The Blackout Club, on its surface, is a simple co-op stealth game. The structure is similar to that of Left 4 Dead — up to four players jump into a randomized game where they must complete objectives while dodging cultists and monsters of varying strength levels. The entire thing has a teen adventure vibe to it; we play kids who have been blacking out and hearing voices. Players use nonlethal tools, dodge adults, and slowly upgrade their skills.

That’s a nice, enclosed gameplay loop, but there’s an extra layer to the game that manifests through the “Enhanced Horror” mechanic. Players can opt in to Enhanced Horror, which means the game can record their voices. When they finish a mission, they can hear other players asking questions to the “Voices” that have been possessing the citizens of Redacre, and the Voices answer in real time. (The Voices are actually developers speaking directly back to players while staying in character.) These Voices can even show up in the middle of a gameplay match and talk to players, dropping hints about the lore behind the game.

That means there are two sides to The Blackout Club — the stealth game on the surface, and the community metagame underneath, trying to seek out what they call “God Encounters” and piece together lore.

It’s hard to tell how high this mechanic can scale up. It’s something that relies on a high amount of developer manpower. Right now, The Blackout Club is a niche title. But it’s that experience, and the tight-knit community, that makes the game shine.

I decided to meet with one of the players trying to solve these puzzles and piece together the story. We explored Redacre together … and experienced a God Encounter that took my breath away.

Catching up on the facts

I meet Xaviul on Discord after a recommendation from developer Question Games. We find common ground in that we both approach The Blackout Club in character, playing scared teens running from possessed adults and the mysterious, invisible creature known as the Shape. That means that most of the monsters we’re dodging are adults we’ve grown up with — maybe even our own parents. The Shape spawns when we break enough doors and shove away enough adults so he can punish the naughty children on the loose.

The monsters all controlled by one of the Voices, the game’s main antagonist, Speak-As-One. If one Voice is capable of setting out the events of the entire game, what are the other seven capable of? Which ones do players choose to follow? And what story are the developers telling through their presence?

Xaviul is one of the community researchers who is elbow deep in these questions. She co-hosts a Blackout Club fan podcast with a group of her friends, dedicated entirely to the game’s lore. The developers have noticed her efforts, and so this encounter would be tailored specifically for her and her character.

I decide to take a break from being a cynical 28-year-old and dive into the mind of a terrified teenager, sneaking around with a new friend.

In the world of The Blackout Club, Xaviul and I are both mid-2000s teenagers connected by a few things: We live in the same town and we’ve both been losing consciousness for long periods of time. We’re also keenly aware of the sleepwalking adults in our town of Redacre and the Lovecraftian labyrinth that uncoils beneath the town.

In character, I ask if Xaviul knows the founder of the Blackout Club, Bells, who serves as the tutorial’s protagonist and who has since mysteriously vanished. “Not personally. But she’s kinda become a rallying point for all of us sick of being scared of all the things that go bump in the night, y’know?” she says. “Knowing your parents are complacent in all this, at the best? Makes it hard to stay home and play nice.”

As we start our initial objectives, we’re all business. We check each others’ equipment and sketch out a loose game plan. I ask her about her in-game activities. Has she heard a Voice before?

“I’ve heard a few Voices before, at night,” she shares with me. “Usually with other kids. Sometimes when their Voices come to visit, you get brought along for the ride.”

We set out at midnight, which seems like a fitting hour considering the circumstances. Things quickly go to hell. We complete our first objectives quickly, but when we are forced to venture underground, we trigger a few too many traps. Cultists find us and we have to fight them off. The Shape, an invisible and invincible force that seeks to consume our minds, is chasing us both down. A brainwashed adult is dragging me by the ankles, reassuring me that they’ll get me back on the right path.

That’s when the Voice intervened.

The Voice chats with us, and I admit that we’re in a bit of a pickle. Xaviul is running desperately from the Shape, and I’m desperately clawing at a nearby trash bag in the hope that I can find some way to escape. It’s not an ideal time for a conversation, but Laugh-Last has enough power that he’s able to teleport us to a place I’ve never seen before and is totally inaccessible in normal play.

Was it the moon? Another dimension? I was genuinely so surprised and awed that I lost my voice a little.

This is where Xaviul took charge. These are the kind of encounters she prepares for; the community lovingly documents each conversation and answer from each Voice, trying to figure out a way forward. And she clearly had some history with this Voice, Laugh-Last. They discuss the conflict between the Voices, the one who had been shattered and cast to the winds, and Laugh-Last grants us some hints.

I’m going to break character here to admit that while I was doing my best to stay in character, and I had planned the loose timing of this encounter before hand, I was still agape at being transported to the moon. This is the kind of tale The Blackout Club wants to build, spinning a web with the biggest fans and researchers. I was on board with that premise, but the presentation blew me away.

This experience revealed the rich veins of content running beneath the janky, if fun, core gameplay loops of The Blackout Club. Sure, the game is about stealing foam canisters and putting posters up around the neighborhood, and thats how I’ve spent the bulk of my time. But the game’s most dedicated players are literally on a whole new level.

Those two layers aren’t so far apart, and for players with the curiosity and patience to scratch at the surface, they’ll find an experience that isn’t like any other game in 2019. The Blackout Club is horror, but it’s oddly wholesome in its own way, from the emphasis on community and camaraderie to the in-game reasons combat is nonlethal. There’s heart there.

This particular scenario is one that had some planning behind it, and it’s the sort of thing that was largely centered around Xaviul. An average session of The Blackout Club won’t have spectacle of this scale, and as the game grows, it’s not clear how these God Encounters will scale with the playerbase. But it’s still amazing to see how the game rewards its most dedicated players. This kind of experience will be saved for a scarce few who put in the time.

That said, getting to watch Xaviul conduct her investigation reinvigorated my interest in The Blackout Club. I plan to spend more time roaming the streets, and keeping an ear out for that telltale laugh, and seeing what the Voices have in store for me.

San Juan Mayor Slams Trump As Storm Approaches: ‘Get Out Of The Way’ 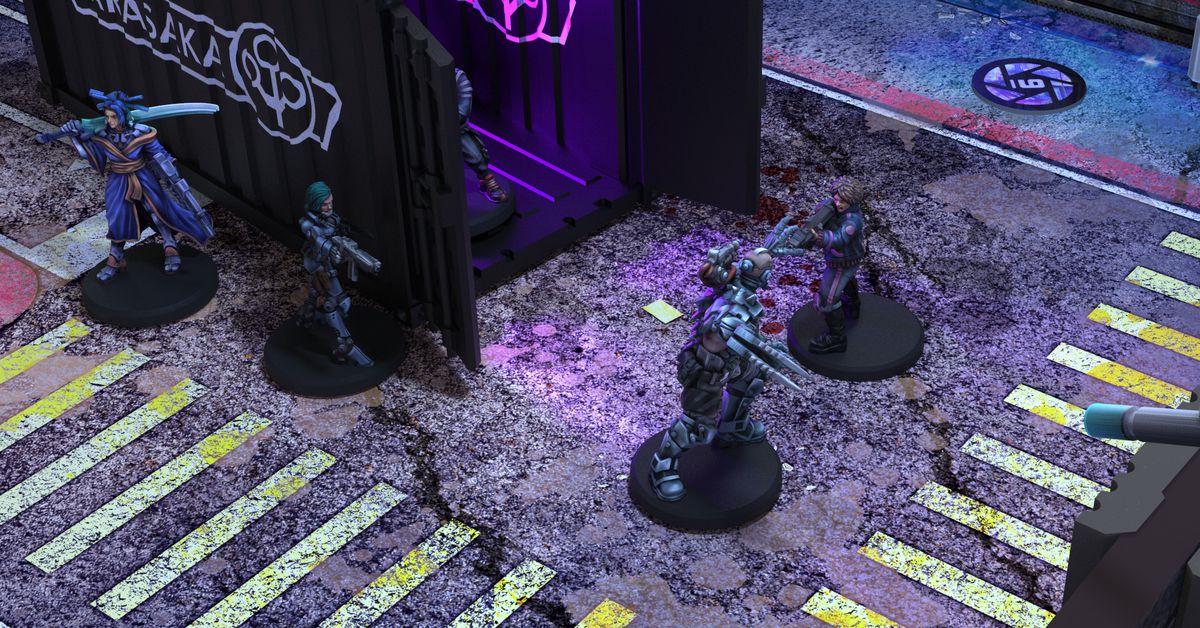 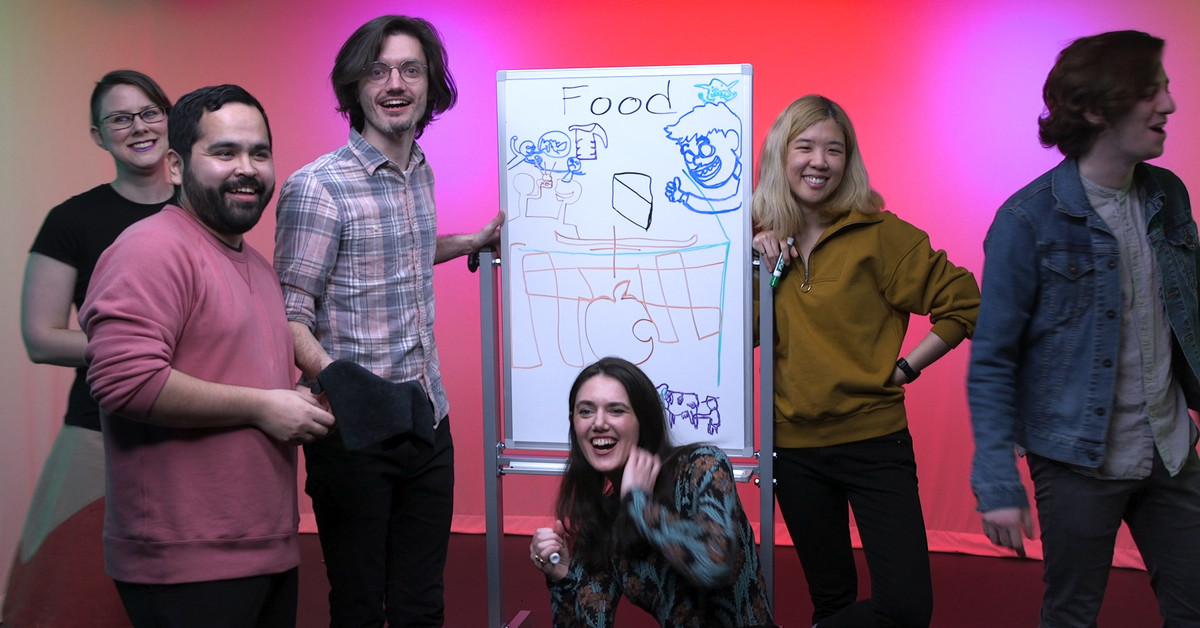 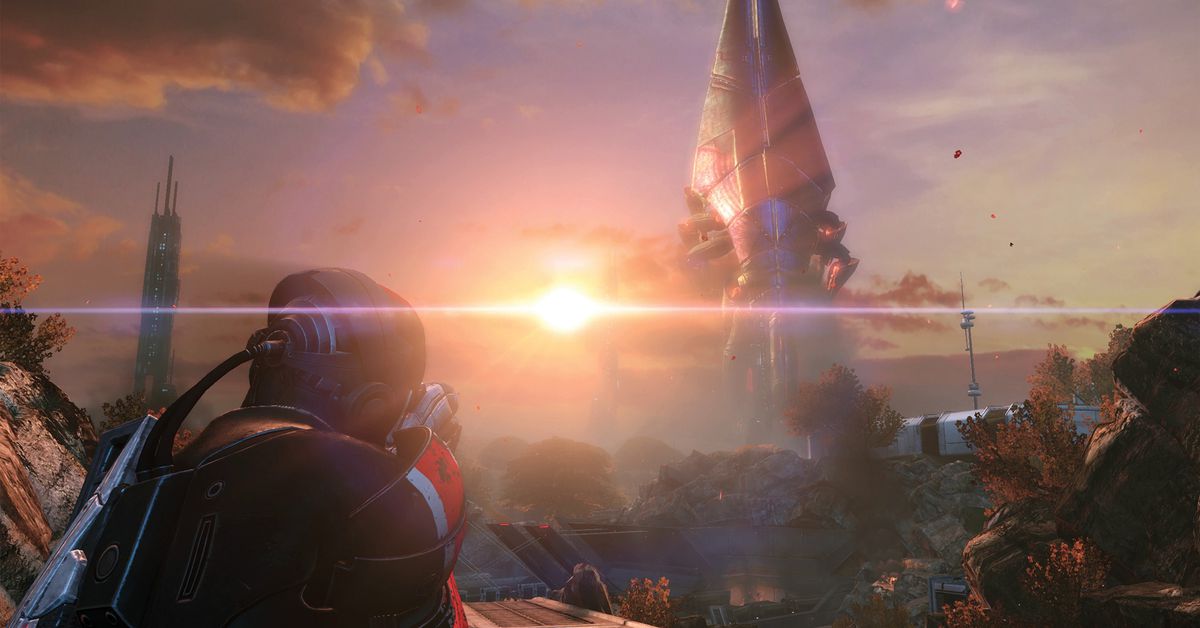 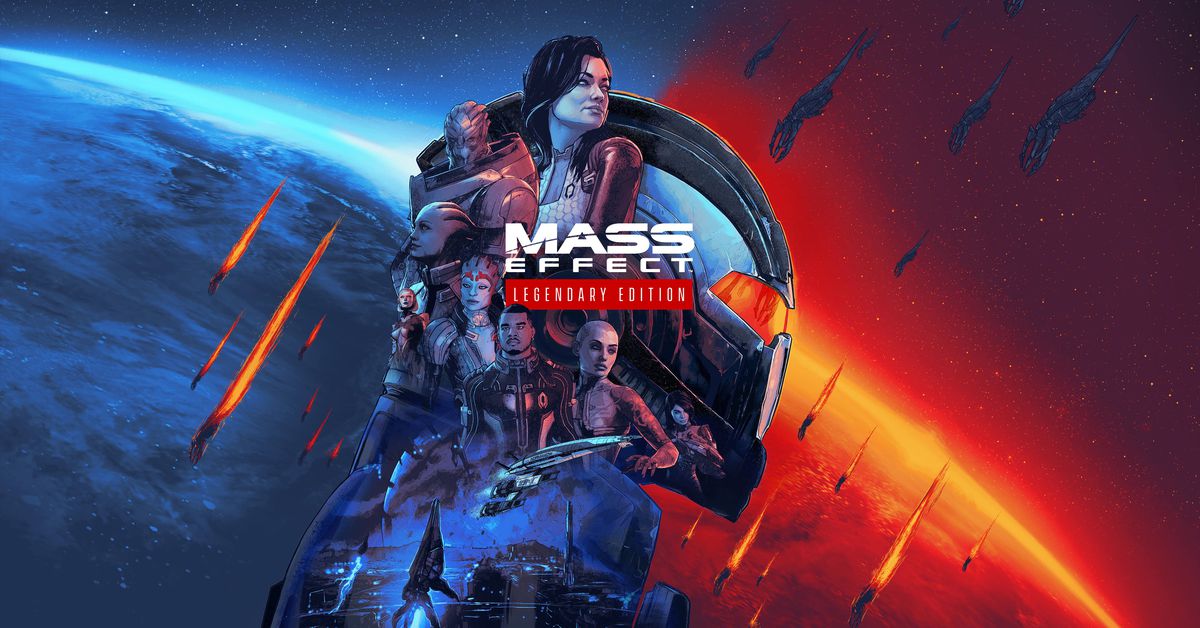 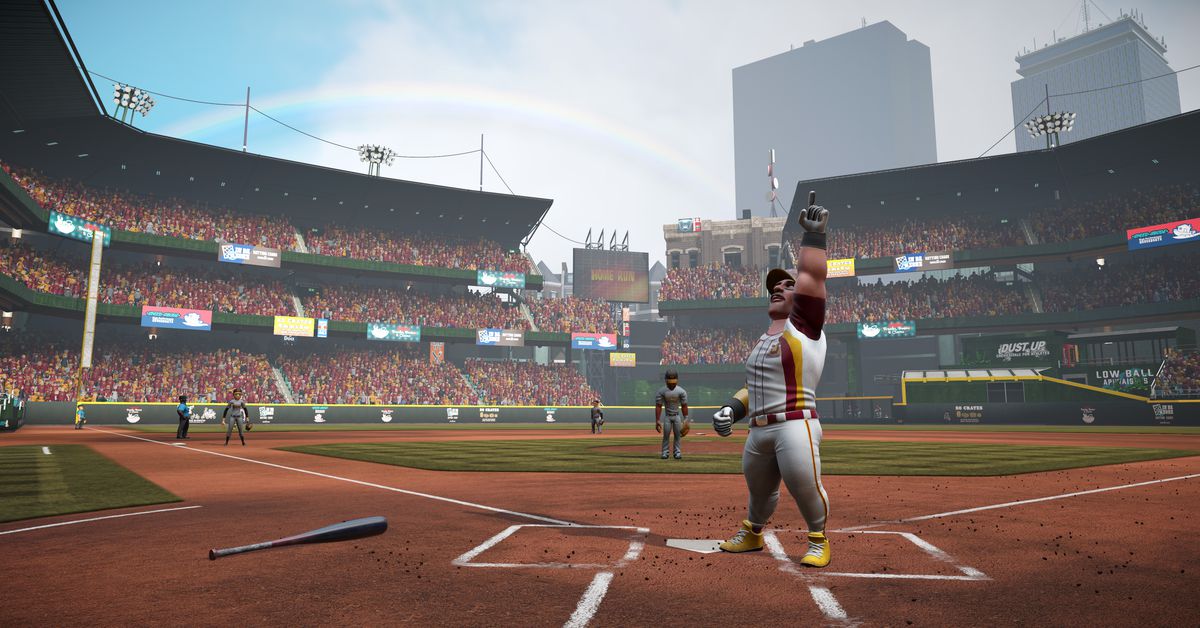