9 Landscapes Finalists in Wanderlust’s Photo of the Year 2019


From misty ‘watercolour’ mountains in China to dramatic rocky coastlines in the Faroe Islands, these are the worthy finalists in the landscape category of the 2019 Wanderlust Travel Photo of the Year…

“The Faroe Islands are one of Europe’s best-kept secrets, and I think that Drangarnir is the essence of this archipelago.

To get there I needed to hike 14 km – a long but not too-hard trek. Because I was there four hours before sunset, I had a lot of time to wander around. The weather was affected by dust blown over from the Sahara, which made it very hazy.

The ocean looked a bit scary but, because the tide was moving out, I was able to get to the edge to photograph this amazing rock formation. The water played its fantastic game and the ‘African’ sunset made the place look magical.” 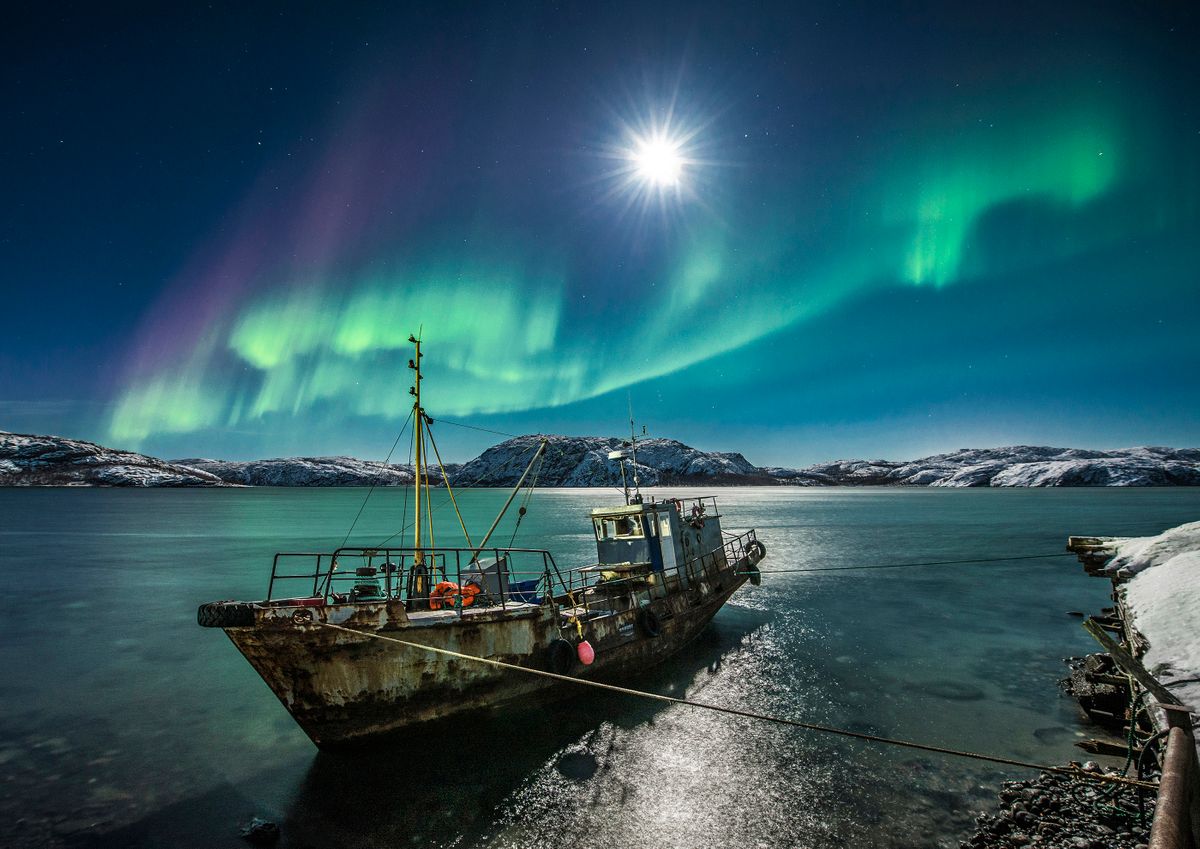 On the edge of the world, Ura-Guba, Murmansk Oblast, Russia (Vitaliy Novikov)

“I took this picture in the small fishing village of Ura-Guba on the coast of the Barents Sea.

This is a harsh and cold region, which becomes a long polar night during the winter. But the Arctic gives us the opportunity to observe an amazing natural phenomenon – the Aurora Borealis.” 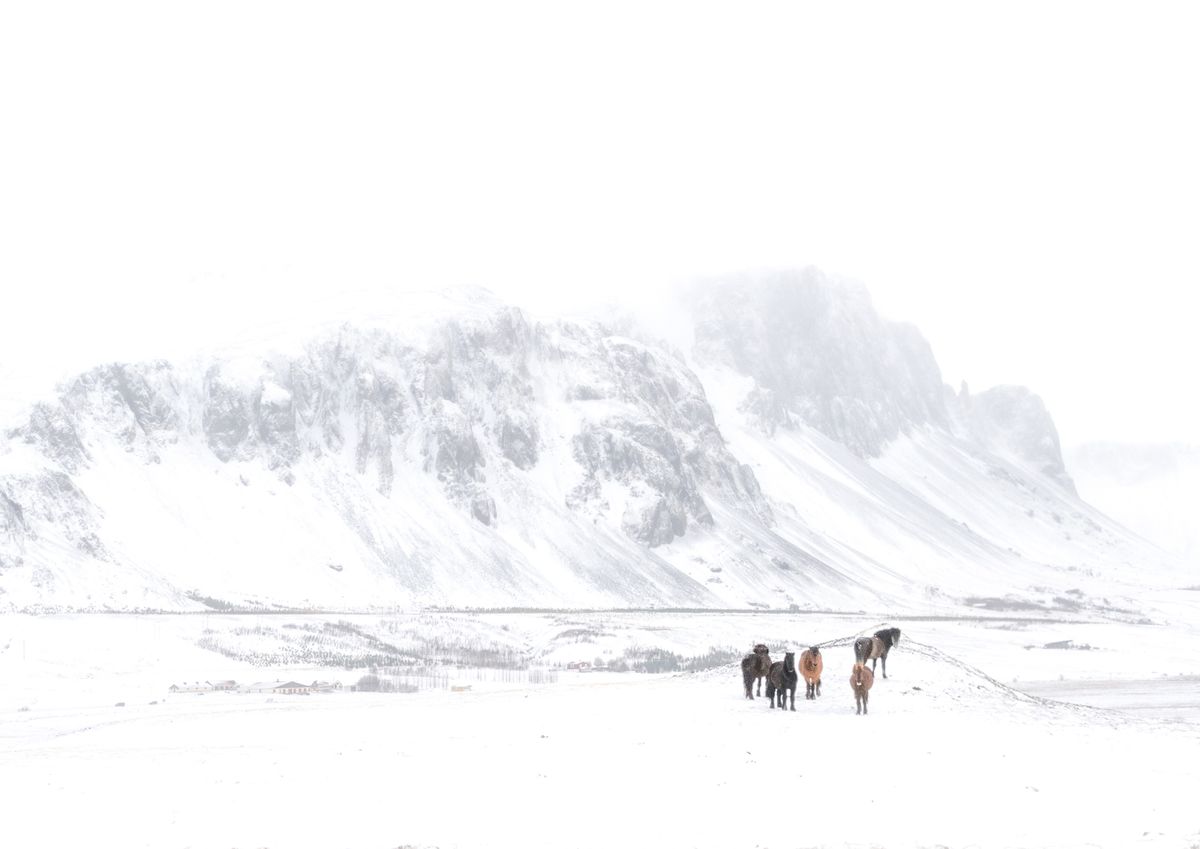 “Early spring in Iceland can seem a lot like mid-winter in mainland Europe. On the other hand, green pastures and sunny weather are often an easy drive away.

On one particular day, it was snowing quite heavily and, when the snowfall became lighter, I noticed the herd of horses ‘set against’ the white background creating an interesting counterpoint.” “This image was taken in Iran’s Khara Desert. The very silent Khara sand dunes don’t just make for a spectacular landscape, they are also a great place for meditation or jogging in the desert.” “We were in Huangshan (Yellow Mountains) for three days with perfect blue skies. It was beautiful, but we’d hoped for rain and mist.

Our wish was granted after it rained over the final night. In the morning, we couldn’t see a thing due to the clouds. But as we were leaving, the crossing clouds and rising mist changed the scene by the second.

One moment we could see nothing but grey and white, and the next – this! When I saw the clouds moving towards and isolating these peaks, I zoomed in – my only shot before the three peaks disappeared again.” 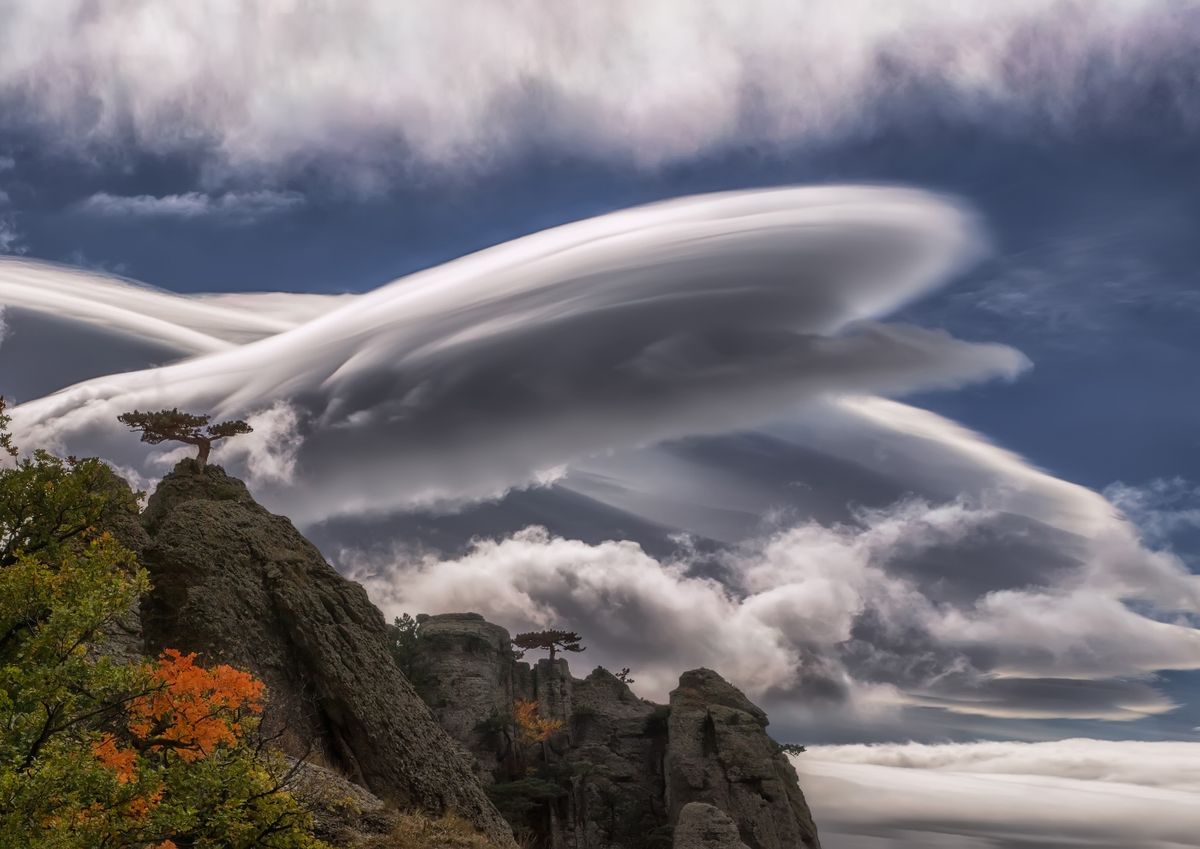 “I love to go hiking in the mountains and Demerdzhi Mountain is great in the autumn season – during the very strong winds you can sometimes observe lenticular clouds.

But this time I witnessed a bizarre alien-shaped cloud on top of the mountain during a heavy storm. It was a big present for me from mother nature!” The aurora came out to play every single night, and at sunrise and sunset I was greeted by the most beautiful light. Needless to say, sleep was a distant priority and although I was extremely tired by the end, I had a lot of fun.

This image was taken just before sunset during the golden hour, and I particularly love the complimentary mix of blue tones in the shadows, mixed with the golden sunlight.” “At the end of a winter photography session in a Polish hide, mainly to spot little woodland birds, I noticed the sun was going down in front of me.

So, scrambling to make the most of the departing light, I combined the sun and the birches to achieve the best composition I could in the limited time available.” “If you come and visit Mandalay in December, you will see amazing views of Mandalay Palace, the last royal palace of the final Burmese monarchy.

This shot was taken from Mandalay Hill on a misty morning.” 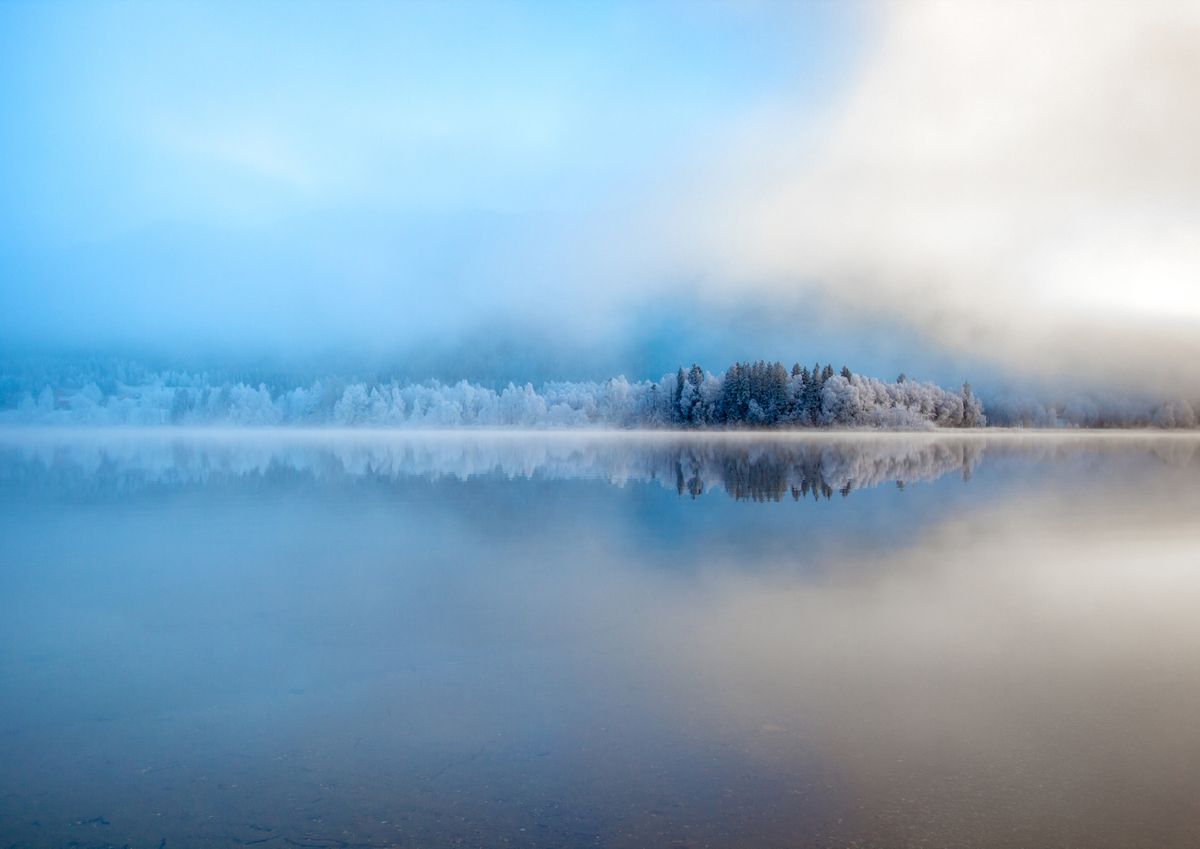 “When I think of silence, I think of here. Everything was still except for my breath, which would occasionally rise in front of my face and break my view of this beautiful lake.

Perched on a bench with my nose and fingers going numb, I stared into the fog for what felt like hours. As the mist slowly thinned, giving a glimpse of the trees on the other side, I grabbed my tripod to set up this shot, the sound of my shutter closing finally breaking the silence.”

Does Texas Student Who Visited China Have Wuhan Virus?

Karolina Pliskova gets through to the third round

Where to see the world while you’re stuck at home

Karolina Pliskova gets through to the third round