Winter puts the Alpine peaks, lakes and villages of Northern Italy’s Garda Trentino in a whole new light. Like any mountainous area better suited to walking than skiing, you might expect it to wind down at this time of year. Yet a mild, almost Mediterranean climate sees its slopes, huts and trails still open to hikers, while local festivities and a few surprises on the shores of Lake Garda mean you’re never stuck for something to do.

While the rest of northern Europe is tucked up indoors, you can sample local specialities just a few steps away from the mountains, top up your Christmas stockings or even dive down to the lake bed here. Season’s greetings indeed… 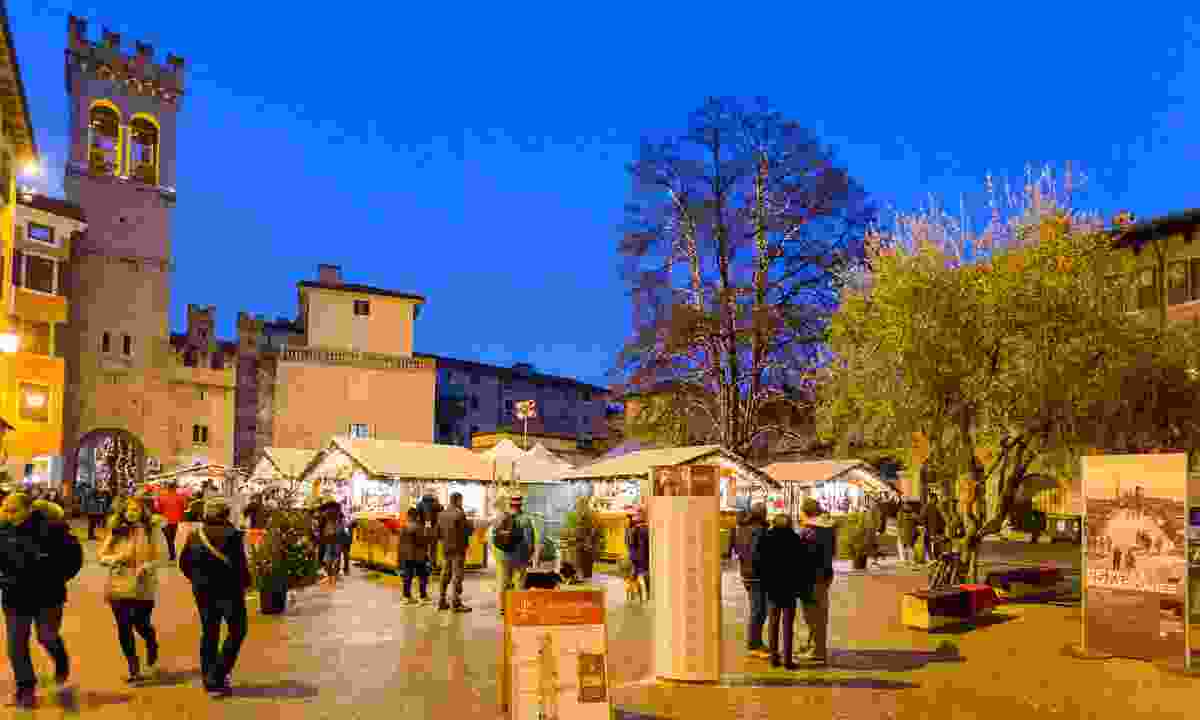 Festive celebrations light up Garda Trentino’s villages and lakeside towns at this time of year. The fireworks, Christmas market and light shows of Arco are hugely popular, but for sheer atmosphere, tiny Canale di Tenno is unique. Festive weekends here see its medieval squares and cellars burst with stalls selling artisanal gifts, and while its vaulted walkways and old stone cobbles are fascinating at any time, in the warm splash of the Christmas lights they’re magical. 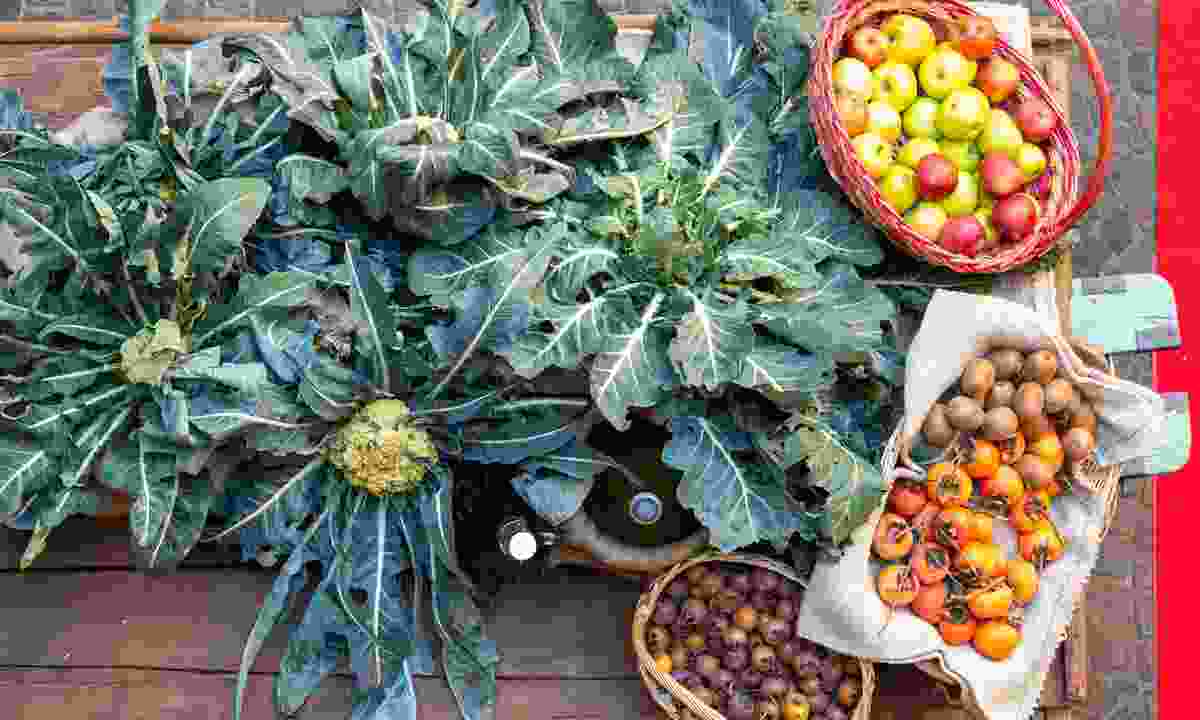 If your stomach is rumbling, you may prefer to head to Riva del Garda, the largest town in the region. Here, Villaggio del Gusto takes over the scenic centre, bringing together local producers and restaurateurs to serve up a feast for the taste buds, from wines to bowls of steaming canederli dumplings. Then stick around for New Year’s fireworks over the lake for the best seats in Garda Trentino. 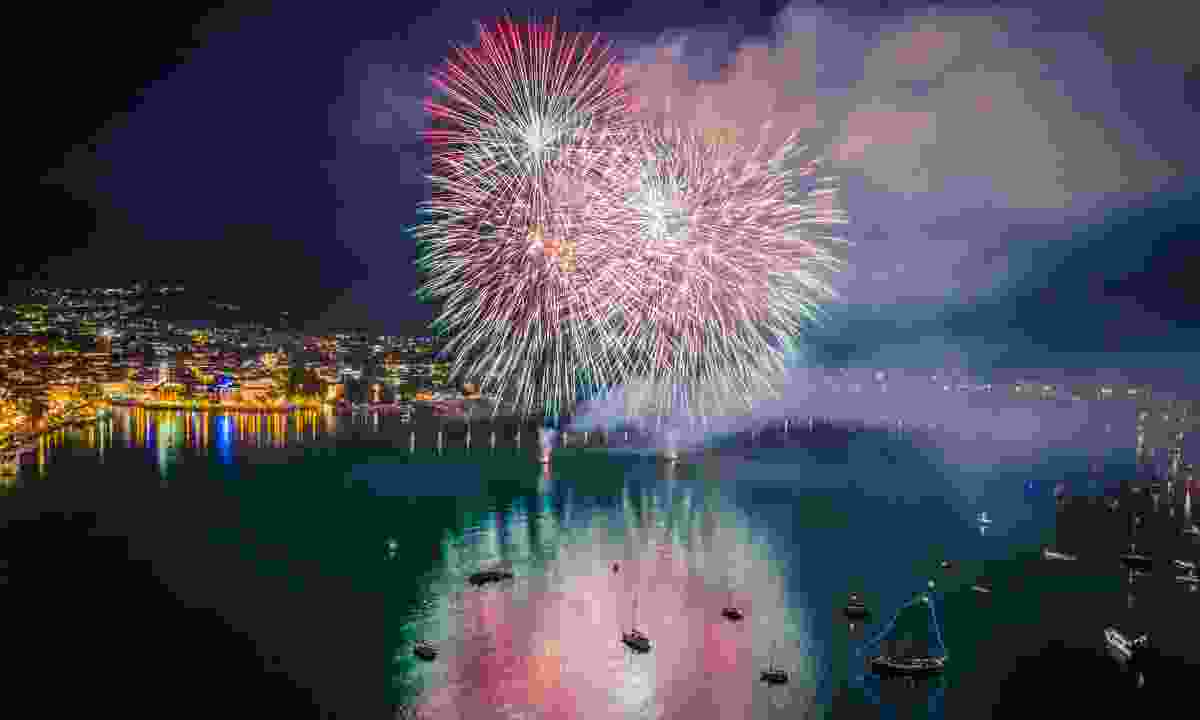 It’s not all indulgence, though. Some just like to suffer, and the village of Torbole sul Garda marks the start (and finish) of the Xmas Running Trail, a 30km sweat-fest looping the hills. Though if you’d prefer to take it easier, a ’food and wine walk’ along the cobbles of nearby Nago offers a gentler, arguably more civilised way to stretch your legs this Christmas.

More information on Garda Trentino’s many winter events, including the dates can be found here.

2. The hills are alive

Speaking of walking… you might think winter would put Garda Trentino’s numerous trails out of action, but its mild temperatures come as a relief after hot summers on its exposed mountaintops. Many are still accessible, as the lower reaches see little snow and it’s only at high altitude where you’ll need to prepare for wintry conditions. Meanwhile, all you need to plan around are the short days. 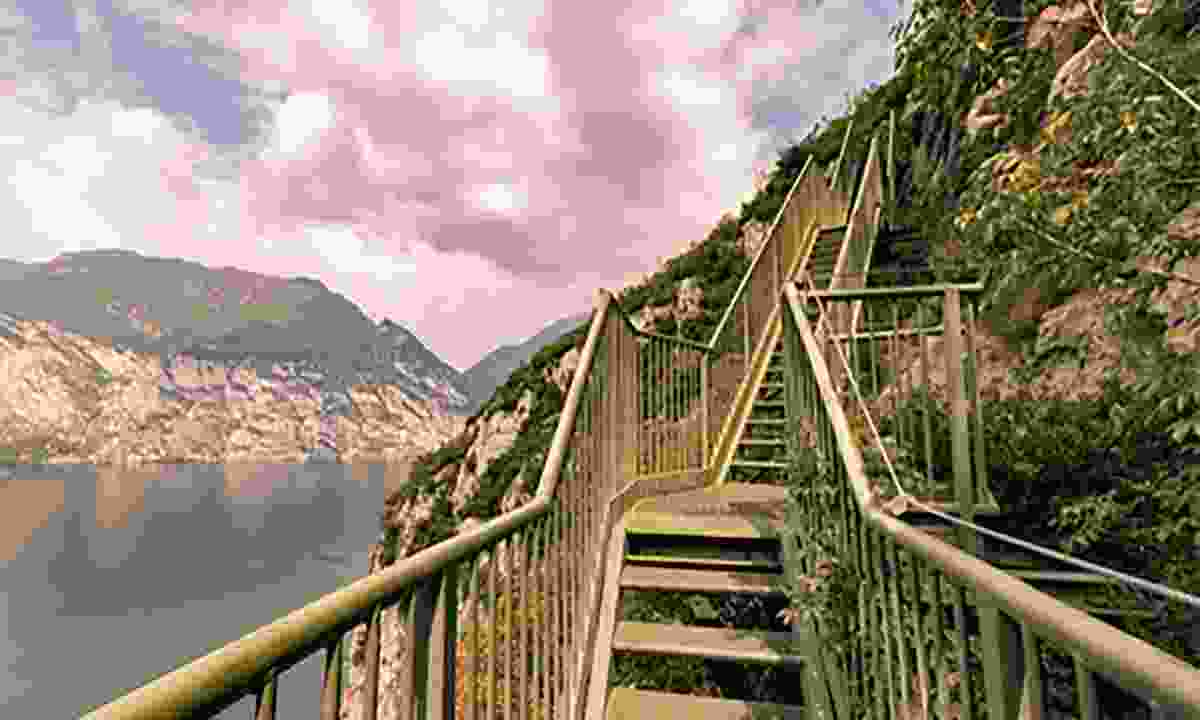 Day treks are plentiful, from the 5.3km Busatte-Tempesta Trail that passes through thick Mediterranean forest, up metal ladders and along steep mountainside edges offering birds-eye lake views, to the Marocche ‘Moon Valley’, where a trail (5.5km) flicks out past this rocky biotope and into the marshy banks of the Sarca River. Or perhaps stroll from the iris-blue waters of Lake Tenno up to the underpasses and laneways of medieval villages Canale and Calvola (5.2km) for a different kind of beauty.

For a more epic undertaking, there’s always the multi-day GardaTrek, a three-tier route whose lower (32km) and medium (73km) loops are still doable in winter. From Riva del Garda, both arc out into the mountains and ridges above the lake, drawing in hamlets, rifugios and some of the best views in Northern Italy. It certainly beats stuffing yourself with mince pies and watching TV.

More detailed information and a comprehensive list of the region’s winter hikes can be found here.

Unlike many parts of northern Europe, the refugios (mountain huts) scattering the slopes of Garda Trentino remains open in winter (Make sure you double check opening times before you go). Between October and March (mostly on weekends) they greet travellers with warm fires, cosy beds and hearty Alpine cooking, dangling a welcome carrot for weary hikers.

It’s worth it to wake up to the views. Nino Pernici hut lies between two of the region’s most cherished sights: Lake Garda and the Ledro Valley. It’s reached by many routes, including a tough 1,600m ascent up from Riva del Garda (about seven hours). Or you can just drive to Malga Trat and stroll 20 minutes through the forest, where traces of the hut’s origins as an Austro-Hungarian barracks can be spotted. Once there, its speciality potato polenta will refresh you as quickly as the mountain air. 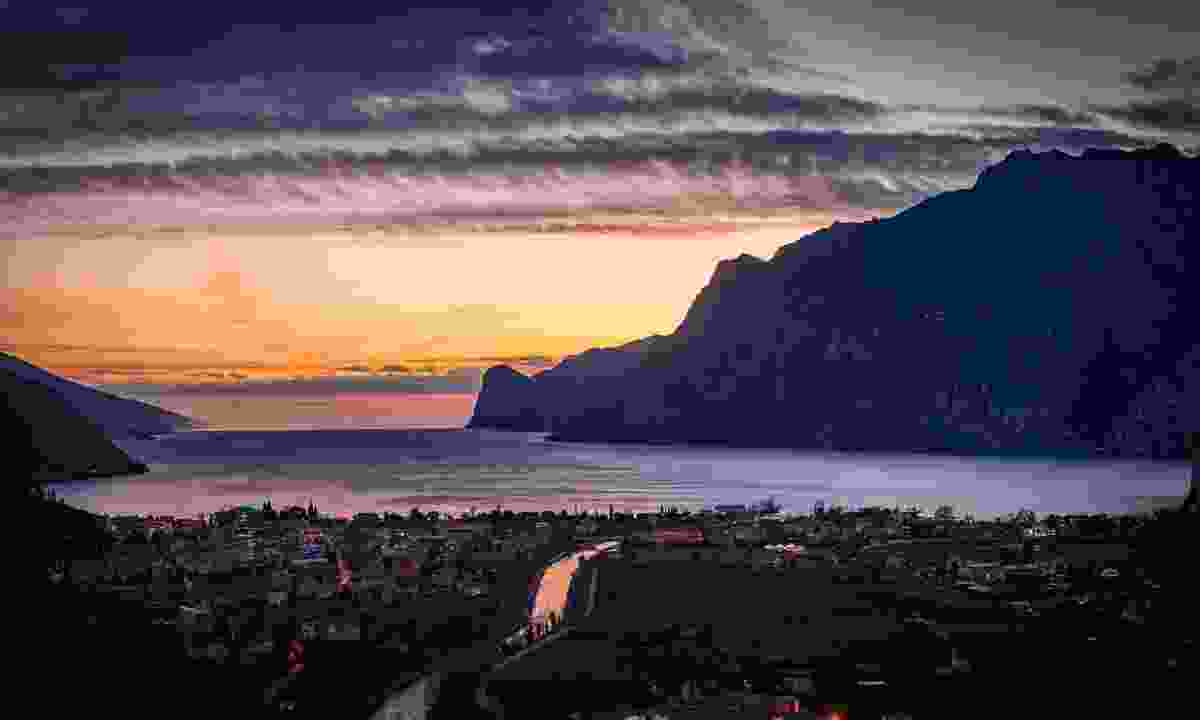 Another cosy weekend welcome is found at Rifugio Marchetti, a great stop for those crossing the Bondone ridge. There has been a refuge here on Monte Stivo since 1905, with routes in ranging from the climb up Santa Barbara Pass (2 hours) to the far longer walk across the top of Stivo itself, which is likely to be snowy at this time. Once there, however, its heaving bowls of pastivo (sausage and radicchio pasta in red wine sauce) will soothe your muscles. 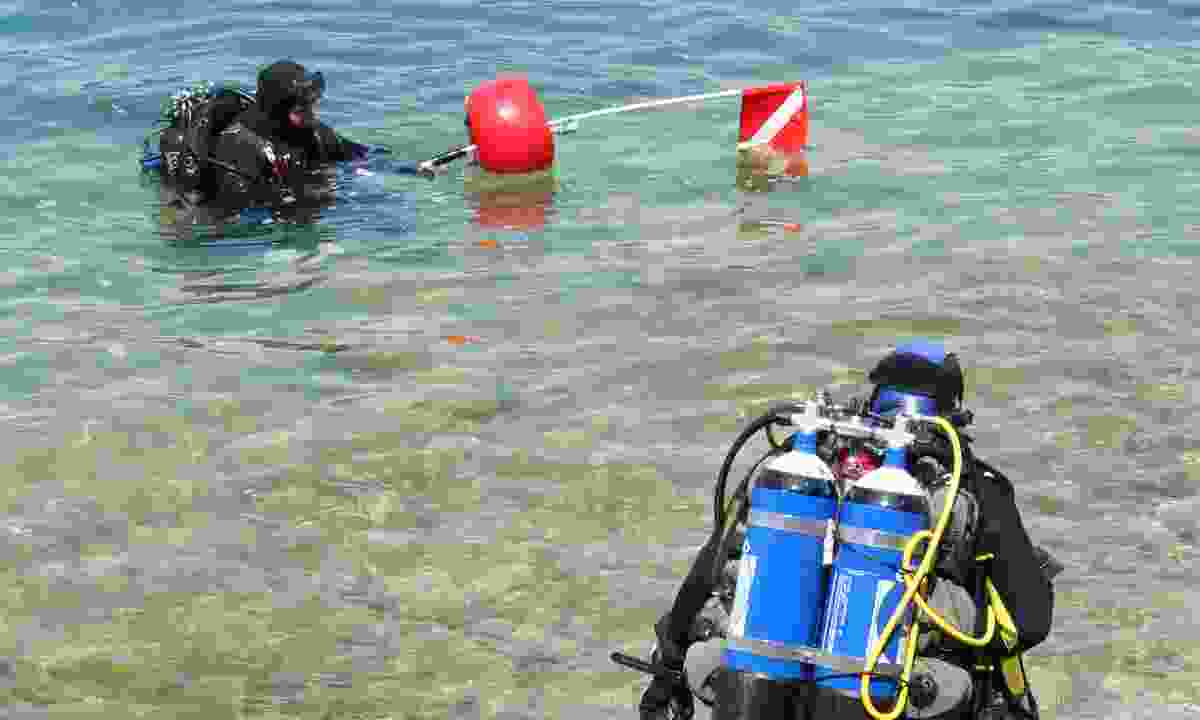 From high to low. Where better to go diving than landlocked northern Italy in winter? Anywhere, you might think, but Garda Trentino has a few tricks up its sleeve. Between January and March the clarity of the water in Lake Garda reaches its highest levels, and at depths of 350m in parts, it’s a fair challenge.

Most scuba experiences here are shore dives, but there is a surprising amount of variety. Whether seeking out manmade sights, such as the ‘Silent Christ’ statue sunk some 15 metres off Porto San Nicolò, or just drifting among secret caves, 40m-deep rock amphitheatres and coming face-to-regulator with the wildlife of the lake, there’s plenty to tempt even more seasoned ocean divers.

After all that exercise, you might want to relax a bit. Garda Trentino might be 1,400km south of Scandinavia, but you wouldn’t know it from its spas.

Melt your aching calves in the high heats of Garda Thermae’s Finnish sauna in Arco, where the aufguss ritual sees ice balls, infused with essence, sizzled on hot coals as their fragrant steam is wafted onto you with the flick of a towel. Or just dissolve any knots and muscle pains in one of the different spas that you can find inside some of the hotels in the area. 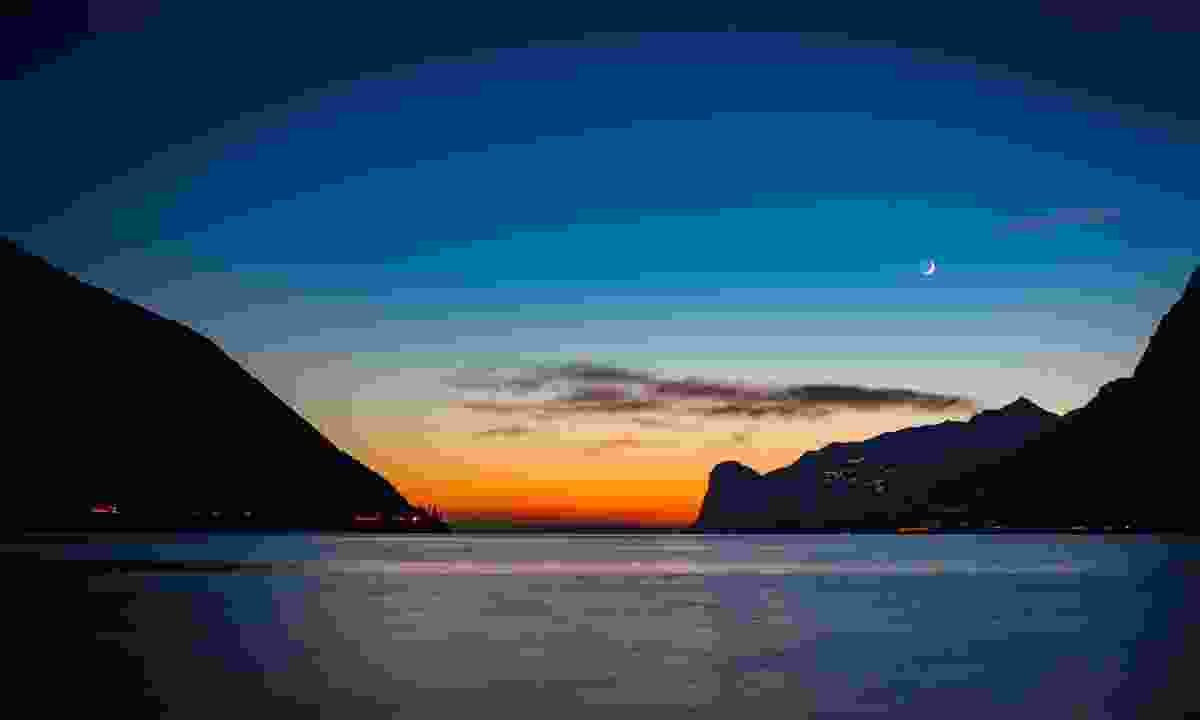 End your day strolling Lake Garda’s edge as the sun sinks below the mountains, casting the waters in a purple-orange haze. During winter, night falls not long after 5pm, making it the perfect time for a pre-aperitivo promenade before sinking a glass of sparkling local Trentodoc wine. 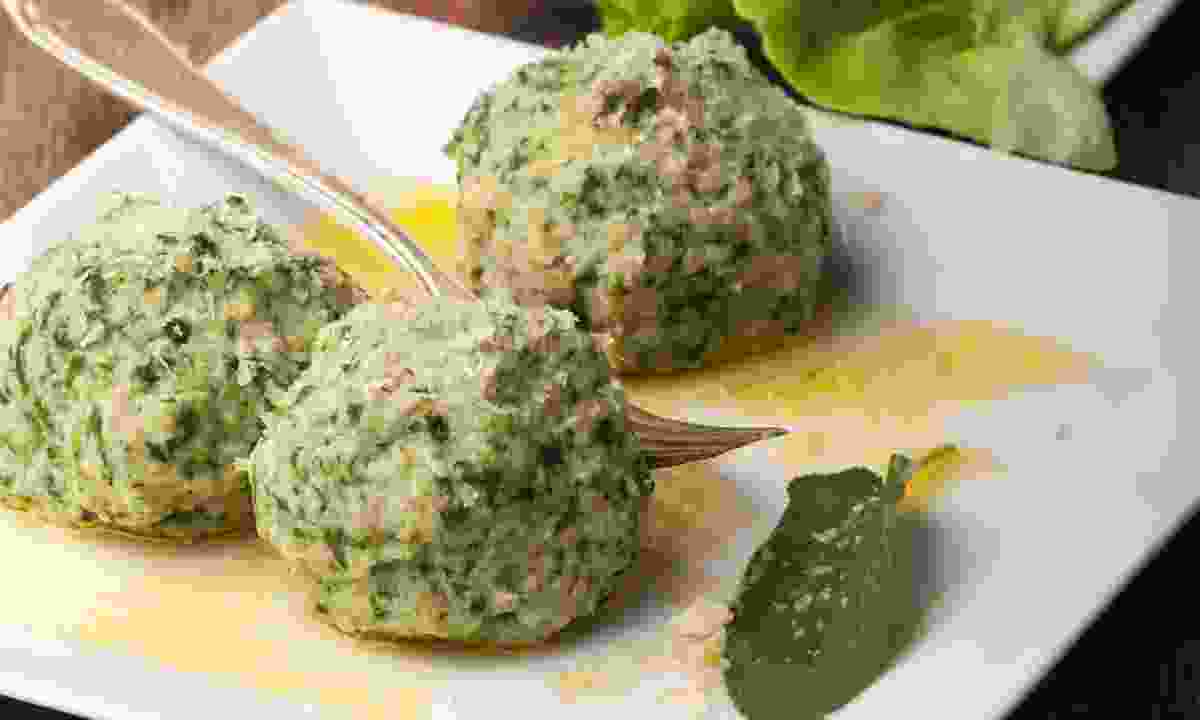 If all that hasn’t built up an appetite, then you’re made of stern stuff indeed. Winter sees the culmination of the year’s hard labours in the fields, and mopping up spillages of local Casaliva (the world’s most northerly produced olive oil) with crusty bread and a sip of Nosiola wine de rigueur.

This region blends Italian, Mediterranean and Alpine culinary influences to yield some unique flavours, and few meals are more satisfying than strangolapreti, a dish of spinach dumplings made from stale bread. Its origins date back to the mid-1500s, and its name (it translates as ‘strangled priest’) is said to derive from a cheeky observation that Trentino’s priests would hungrily devour them until they quite literally choked on their food. Another regional favourite is carne salada. This plate of fine cuttings of rump beef, somethered in salt, bay leaves, juniper berries, garlic, pepper and a pinch of rosemary and drissled with olive oil is simple but delicious.

Meals culminate in desserts drenched in rich-tasting local honeys, a wealth of cheeses direct from the pasture and grappas and wines made from the region’s grapes. All are sourced locally and responsibly, making every bite a taste of Garda Trentino. 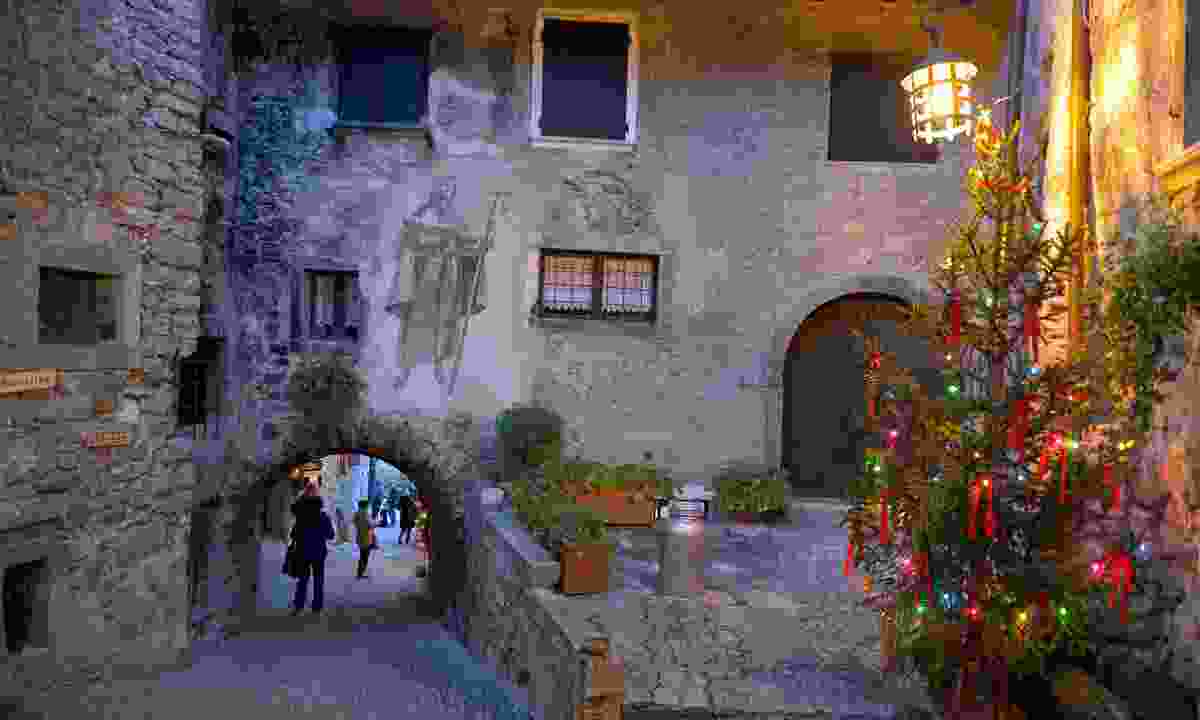 Where to eat, drink and sleep in Raglan

GO NZ: How to travel to strengthen your mental health

Auckland world restaurants: Cuisine from around the world

12 Unique things to do in and around Miami South Beach

Where to eat, drink and sleep in Raglan

GO NZ: How to travel to strengthen your mental health

Auckland world restaurants: Cuisine from around the world

Strangers in our life: Why we need them